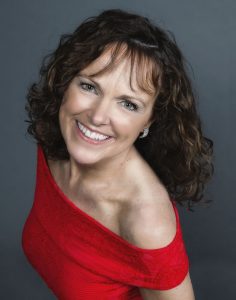 Performing harmony and hilarity, GeezeCats is a quartet of “some cool old guys” who are veteran musicians from Cleveland. The band features classic songs from the late 1950s and early 1960s – the Golden Age of Rock & Roll – along with improv-style comedy of sight gags, one-liners, skits, bits and costumes. The doo-wop hits of The Skyliners and The Diamonds sound like The Skyliners and The Diamonds. The Beach Boys’ hits sound like The Beach Boys. The Four Seasons songs sound like The Four Seasons. All of this great music is presented in a concert like you’ve never seen before, unless you’ve seen GeezeCats.

Blues musicians Andra Faye and Scott Ballantine are native Hoosiers. Faye is known for her strong vocals and being a multi-instrumentalist. She’s been featured on the cover of Mandolin Magazine, called the “First Lady of the Blues Mandolin,” and has been nominated twice for Blues Music Awards as an instrumentalist. Her love for the blues took her on a journey away from Indiana when she joined the band Saffire – The Uppity Blues Women. They toured for 17 years until their retirement in 2009. In 2011, she formed a band called Andra Faye & The Rays and then began playing as a duo with Ballantine in 2012. The duo released their first independent CD in 2013, Laying Down Our Blues, to great acclaim, and their second recording, Coulda Woulda Shoulda, was released in 2015. It was nominated for a 2016 Blues Blast Award for Best Acoustic Blues CD.

Steve Ball is a musician from Columbus who specializes in American Civil War music, as well as music featuring the life of Stephen Foster. He has studied the American Civil War since his teens and has devoted the past 20 years to studying the music of this era in American history. As a collector of vintage instruments, Steve has built a collection of Civil War era Martin guitars and uses these guitars in his performances. His wife, Lisa, often joins him on upright bass and vocal harmonies. Their Lakeside show details the life and recording career of the famous Carter Family, who were part of the “Big Bang” of what today is known as country music. Their career is one that lasted 16 years and, to this day, continues to leave its mark on American music.

Jerry Popiel is a singer, songwriter and guitarist from the Indie rock band Cat o’ Nines and the 1970s tribute band Cowbell Fever. He performs regularly as an acoustic guitarist and vocalist, and sometimes with his backing band, Osage Orange. He has served as an opening act for Sister Hazel, The Fixx and Ambrosia, as well as Blossom Music Center VIP Club entertainment for James Taylor, Bonnie Raitt, Counting Crows, Matchbox 20, Dierks Bentley and the Zac Brown Band.

PLEASE NOTE: Masks are required. Practice safe social distancing. While some seating is provided in Bettinger Park, guests are encouraged to bring chairs and blankets. In the case of inclement weather, events will be cancelled.