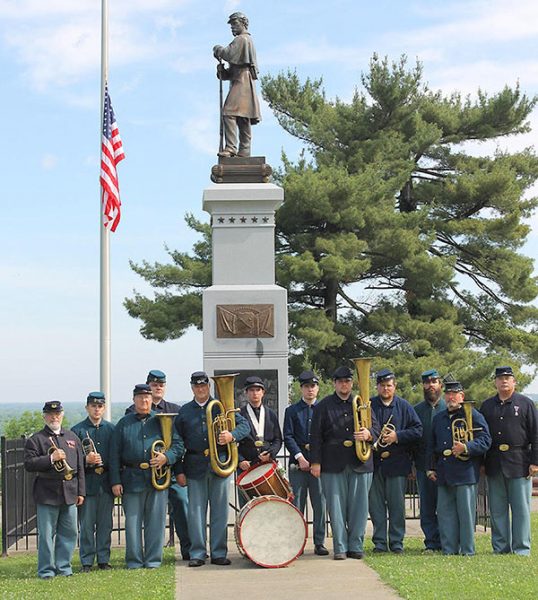 The Ottawa County Historical Society has been awarded a $500 matching ArtSTART grant by the Ohio Arts Council. The grant will help support the performance of the 73rd Ohio Volunteer Infantry Regiment Band at the society’s annual Civil War Encampment held at the Wolcott Keeper’s House, 9999 Bayshore Rd., Marblehead, during the Danbury Peninsula Lighthouse Festival on Saturday, Oct. 12.
The Ohio Arts Council holds a annual competitive grant program to promote and preserve the arts in communities across Ohio. The 73rd OVI Band performance is part of an effort by the Ottawa County Historical Society to provide performances of period music at the Wolcott Keeper’s House, the restored 1820’s home of the Danbury Peninsula’s first lighthouse keeper, Benajah Wolcott.
Wolcott, a Revolutionary War veteran, was also a fiddler, and performed at events throughout the Ohio Frontier. The OCHS purchased the House in 1989 and restored it as a living history venue with seasonal tours and special events.

Founded by director John M. Huffman, Jr. in 2012, the band is based in Waverly, Ohio, and has 15 authentically uniformed musicians performing a variety of Civil War era music on period instruments. The band has performed throughout Ohio, and was featured at the Lincoln Funeral Train Procession in Cleveland, and the Remembrance Day Parade in Gettysburg, Pa. Visit 73rdoviregimentband.weebly.com, for more information.

The encampment on Oct. 12 also features the Ohio 14th Volunteer Infantry, under the command of Brian Porter. They will set up a typical military camp on the grounds of the Keeper’s House, featuring drills, firing demonstrations, and a variety of demonstrations of campfire cooking, camp craft and daily life on the march. Their website is 14ovi-3rdark.com  Event hours are from 11 a.m.-4 p.m. Also featured are tours of the Keeper’s House, fireplace cooking demonstrations, hot bean soup and cider, and the annual fundraising prize drawing.

For more information, go to the OCHS website at www.ottawacountyhistory.org