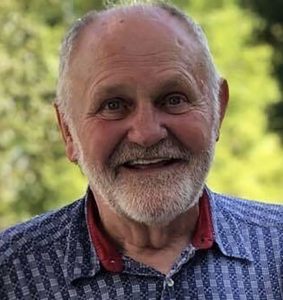 Horst Harald Herzog, 82, of Port Clinton, left this world to be with his beloved wife, Sue, on Wednesday, July 23, following a battle with cancer.

Horst was raised in Germany and immigrated to the United States at the age of 14. The family made their home in St. Joseph, Michigan where he graduated from St. Joseph High School in 1956.

Following high school, Horst served three years in the United State Army including 18 months in Korea. He went on to earn a B.S. in Engineering from Western Michigan University and an MBA from Bowling Green State University.

Horst married Sue Anne (King) on August 16, 1959. They spent their early years in Michigan before moving to Ohio in 1968 where they raised their family until 1988. They spent the next 12 years living around the world, including Mexico, the Czech Republic, England and India where Horst was the Managing Director for a division within Ford Motor Company. Horst retired from Ford in 2000. He and Sue moved back to Ohio and built their home on Catawba Island, where they became active volunteers in their community, serving in the Port Clinton Lions and Lions International.

Horst was a Lion for 44 years and is a multiple Melvin Jones Fellow. He served as President of the Port Clinton Lions in 1985-86 and received the Clubs “Lion of the Year” award twice. Horst was Zone Chairman in 1987-88 and several times again at the request of the District Governor. Elected District Governor in 2005-06, he was instrumental in promoting and implementing Project Lifesaver into Erie and Ottawa counties and within other counties throughout the state. Following this term, and at the request of the 10 incoming Governors, Horst was elected as Council Chairman in 2006-07. He and Sue hosted a Lions foreign exchange student from Austria; raised a puppy for the Pilot Dogs program; and attended District, State and International Lions Conventions. Horst was also a member of St John Lutheran Church.

He was preceded in death by his loving wife Sue, parents, and son-in-law David Lillquist.

A Lions Memorial Service as well as a Funeral Service will be held on Saturday, August 1, at 11 am at Catawba Island Cemetery. All are welcome to attend. Please practice social distancing and bring your own chair if necessary.

Expressions of sympathy may be left at www.walkerfuneralhomes.com.