How important is Census to you and Ottawa County? 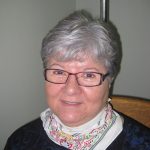 Do you know how important the Census is to you and to Ottawa County?  Until recently, I did not.

What I didn’t know is that census numbers are used when billions of federal funds are distributed for schools, roads, hospitals, public works and other vital programs. Non-profits, including many children’s programs, use census numbers when requesting funding.

The numbers from the 2020 Census will be used for the next 10 years and could negatively affect Ottawa County if everyone does not respond. Right now, Ottawa County has the lowest rate of response to the 20020 Census in the state of Ohio!

What I did know is that census results determine the number of seats Ohio receives in the U.S. House of Representatives and will be used in determining congressional and state legislative districts after the census is complete. Often, the Ottawa County Museum, of which I am the curator, relies on past census data for research.

Census workers are sworn to secrecy. Detailed results are not released for 75 years. The information released shortly after the census are strictly numbers of people and the county in which they live.

It’s not too late! The due date has been extended.  Right now, you can simply pull out your cell phone, call 844-330-2020, and give your information over the phone.  You can also go to 2020census.gov and complete the form online. Or if you want to complete the form you received in April or May, you can still dust it off and send it in, postage paid.

Many of us have completed the census. Many have not.  If you have not, please realize the importance of your personal participation and help make sure our county is fully represented in the 2020 census.