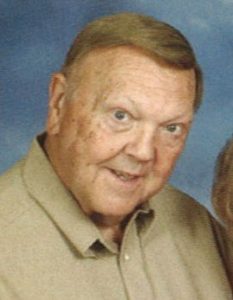 James E. Marcinko, 77, of Catawba Island, passed away Tuesday, Jan. 5, at Magruder Hospital, Port Clinton. He was born Aug. 5, 1943 in Cleveland, the son of Michael and Anna (Hunscar) Marcinko. He married Margaret Toth on Aug. 17, 1968 and she survives. Mr. Marcinko was a claims adjuster for State Auto and later owned and operated his own business, Marcinko Claim Service. He was a member of St. Joseph Catholic Church, Marblehead and he loved boating, fishing and spending time with his family.

A memorial service will be held at a later date and interment will be in Catawba Island Cemetery. Memorial contributions may be made to St. Jude Children’s Research Hospital, 501 St. Jude Place, Memphis, TN 38105. Online condolences may be shared with the family at www.neideckercrosserpriesman.com. Neidecker, Crosser & Priesman Funeral Home & Cremation Service, Port Clinton is handling the arrangements.