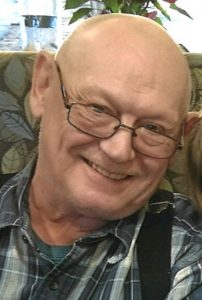 The world lost a kind soul and Heaven gained an angel. James Paul Carr, 71, of Port Clinton, passed away after a courageous battle with cancer on Sept. 15 surrounded by loved ones. He was born on Nov. 2, 1949, in Port Clinton to Melvin and Pearl (Stover) Carr. His childhood friends gave him the nickname “Baldy” and it stuck with him all through his life.

He graduated from Port Clinton High School in 1968. He worked at Neidecker, LeVeck Funeral Home his senior year of high school. He was united in marriage to Virginia Janes on Jan. 9, 1971.

James proudly served his country in the Army Reserves from the late sixties to the early seventies. He was a lifetime resident of Port Clinton and was employed by Englebeck Meat Packing as well as U.S. Gypsum and Standard Products. He worked at Standard Products until his retirement in 1992.

During his lifetime, he was involved in many activities such as carving ducks out of wood, fishing, duck and deer hunting as well as spending precious time with family, friends and his beloved grandchildren, great-grandchildren and his “four legged children” Duke and Gemma.