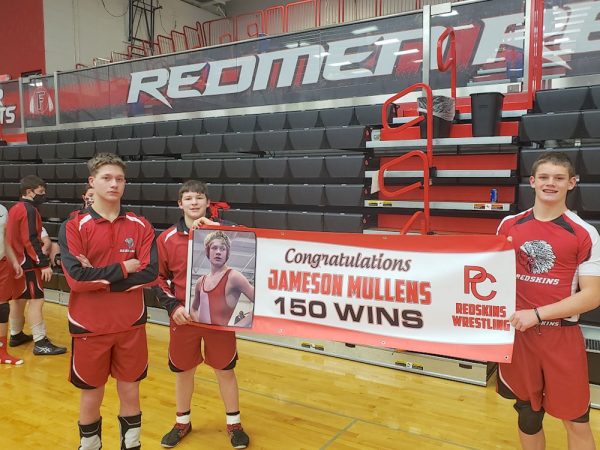 Port Clinton senior Jameson Mullens has been wrestling since the first grade. After a stellar career that saw him set a number of school records, it’s safe to say getting an early start was to Mullens’ benefit.

He is a four-time sectional champion and a state qualifier who finished with a career record of 160-28 (.851).

Mullens, who wrestled this year at 145 pounds for Coach Mike Cuevas and his staff, competed at 113 as a freshman, moved up to 126 as a sophomore and was at 132 as a junior. This year, Mullens went 32-3 and missed out on qualifying for the Division II state tournament by just one match when he fell, 4-1, to Bowling Green’s Mike Kinzel in the consolation semifinals. 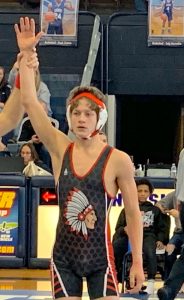 Perhaps the most exciting moment of the year came when Jameson Mullens won the championship at the Sandusky Bay Conference Bay Division tournament held at Port Clinton High School.

One of the highlights of his career came as a freshman when he advanced to the state tournament. Perhaps the most exciting moment came this year when he won the championship at the Sandusky Bay Conference Bay Division tournament at Port Clinton High School.

“To win it at home and have the people screaming my name, it was a really good feeling,” Mullens said. “It was a whirlwind of emotions my senior year, mostly with it being my last year. Just knowing I had to set the bar for years to come was special.

“No matter who was in the program, the whole team was just a family. Everyone got along so well, the culture in our program was so good. It’s definitely something I’m going to miss.”

Mullins got a bye, pinned John Gale in 5:23, defeated Edison’s Duke Hermes, 10-7, in the semifinals and pinned the top seed, Oak Harbor’s Cade Petersen in the finals in 5:50 to win the league title.

It was a long time coming for Mullens.

“My first year wrestling was in first grade. During my first-grade year at lunch, Coach Bacon, who used to be our biddy coach, actually came up and said, ‘I’m part of the wrestling program,’” said Mullens. “When I got home, my dad, James, went through my school stuff and said, ‘You could really be good at it.’ He mentioned it to me, and I said, ‘It sounds like fun.’”

Mullens always competed against the best the state had to offer.

“As a kid, I would always go to club wrestling — and my dad would have me wrestle the best competition. Once I became a senior, I only practiced at Port Clinton,” he said. “Mason Elson, who had graduated last year and made it to state, made things pretty hard on me in practice.”

This was the final year of competition for Mullens and Brandon King, but the Redskins will return a number of underclassmen, including 10 seniors.

“It meant a lot for me to push them so they can have success in the years to come. I’m confident about the future because of our freshman,” Mullens said. “They showed some real promise.”

Mullens will attend The Ohio State University in the fall. Whether or not he wrestles for the Buckeyes is up in the air at this point.