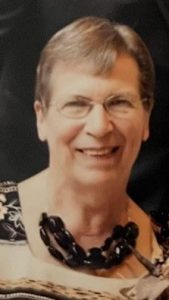 Jean A. Cihla, 84, of Lakeside-Marblehead passed away Nov. 9 at Otterbein North Shore Retirement Village. She was born Sept. 16, 1938, in Grant, Mich., the daughter of James P. and Christine (Laban) Koops, Sr. She married Edward R. Cihla, Sr. on June 22, 1974, and he preceded her in death on Oct. 16. Jean was a school teacher in the Sheffield/Sheffield Lake School District. She was a member of First United Church of Christ, Marblehead.

Memorial services will be held at a later date. Online condolences may be shared with the family at www.neideckercrosserpriesman.com.