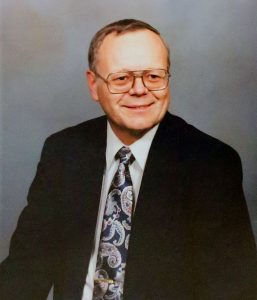 Jerald “Butch” Potter of Catawba Island, Ohio, formerly of Lancaster, died Saturday, Sept. 12, due to complications from surgery. He was 77 years old.

Known as Jerry in business, Butch to his family, and Ordinance Sergeant Potter to his 66th Ohio Volunteer Infantry re-enacting compatriots, he was dedicated to all three groups with equal passion.

If you have had a cocktail on an airplane, washed your child’s hair with L’Oreal’s “fish” shampoo, or used nearly any everyday product, Jerry Potter’s work made your life easier, better, and more beautiful.

You did not know that, and that was just the way he wanted it.

After graduating from Lancaster High School, Jerry began his esteemed mechanical engineering career as a draftsman at The Anchor Hocking Glass Corporation in 1962. There, he created the first computer program to calculate the volume of a container and was involved in the design and execution of the containers of many beloved brands. Most notably in his glass career, he created the Log Cabin Syrup Bicentennial Edition bottle collection in 1976. The bottles are sought-after collector’s items today.

He valued education, and while working at Anchor Hocking, put himself through college, obtaining an Associate Degree, followed by a Baccalaureate Degree in Business Administration, from Ohio University. He was active in the Junior Chamber of Commerce (Jaycees), where he helped young people start their careers, was a member of the Fraternal Order of Eagles, and was an avid bowler, tennis player, and fisherman.

In the 1980s he transitioned into plastics, moving his family to Catawba Island and working with Silgan Plastics (previously Aim Packaging), where he continued to create industry-changing technologies and containers for products you use every day. Another instance of his unsung brilliance is the athletic water bottle. The NFL and College Football owe their Gatorade Sideline Sippers to his creativity, spawning an entirely new and still growing market for the container industry. 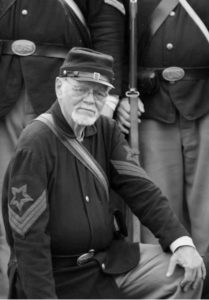 Before his retirement from Silgan in 2008, Jerry became active in the 66th Ohio Volunteer Infantry, Company I, where he spent nearly two decades delving into the historical significance of the Civil War. He delighted in discovering that his middle name, Ellsworth, continued a family tradition of preserving the legacy of Colonel Elmer Ephraim Ellsworth, the first Union casualty of the Civil War. He spent many happy summers providing accurate living history for spectators across the Eastern and Mid-Atlantic states. His commission as Ordinance Sergeant was due once again to his engineering expertise and dedication to excellence: maintaining and repairing historic and antique weaponry, and teaching people how to responsibly use and care for firearms. 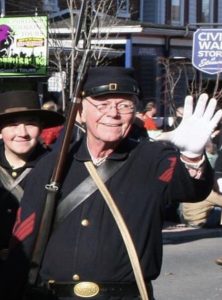 Later in his life, there was no place he’d rather be than on a battlefield, shoulder to shoulder with his re-enacting brothers in arms, where he was often joined by his son, his wife, and even his grandchild. When he could no longer march with the infantry, he transitioned to the 19th Ohio Light Artillery. He also served in Vincent’s Brigade, The Army of The Ohio, and was a proud member of The Sons of Union Veterans, Philip Triem Camp 43.

Jerry was preceded in death by his parents, Jyerald Potter and Agnes “Peg” Potter (Grigsby), also of Lancaster. He is survived by his wife of 57 years, Sharen J. Potter (Wittman), his sister, Patricia Hill and brother-in-law Bruce Hill of Lancaster, his children, Christine,55, of Catawba Island, James “Jim”, 53, of New London, Eric, 47, of Louisville, and his grandchild, Rory (Rebecca), age 23.

Jerry wanted everyone to understand one thing as he left this existence. “If we human beings would all just love each other more and help each other more, we could heal the world.” 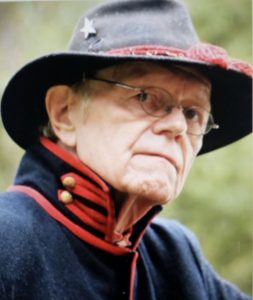 As per Jerry’s wishes, there will be no memorial. In lieu of flowers, the family requests donations to The Gettysburg Foundation (www.gettysburgfoundation.org) in his honor.