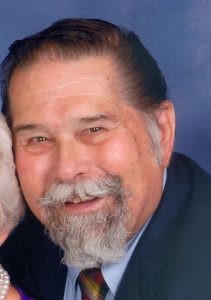 Jerome E. “Jerry” Oleksa, born Oct. 13, 1939, in Fremont, to George and Stella (Kowalski) Oleksa, passed away unexpectedly on Jan. 15. He was raised in Port Clinton and married the love of his life, Judith “Judy” (Cook), who survives him, on Sept. 3, 1960 in South Bend, Ind. They then started their 60-year marriage together in the Cleveland area.

Jerry was an entrepreneur who moved back to Port Clinton to own and operate Urb’s Café on Madison Street, in 1978. He also owned Fisherman’s Wharf, C Lane Construction, was a realtor with Wells Bowen and pursued several other endeavors over the years. Many local youths who worked for him fondly referred to him as “Boss.” A very giving man, Jerry supported many charities and believed in giving back, supporting the local community and those in need.

Jerry and Judy were members of St. Joseph Catholic Church in Marblehead. They traveled to many destinations around the world. Jerry was an avid reader, enjoyed music and old westerns. A family man, his greatest joy was watching his family succeed and grow. He made friends with every person he ever met. He always had a smile on his face, a twinkle in his eye, an ear to listen, a shoulder to cry on, a soul of great advice and wisdom and a heart full of love to give anyone he crossed paths with.

Visitation for Jerry will be conducted from 10-11 a.m., Wednesday, Jan. 20, at St. Joseph Catholic Church, 802 Barclay St., Marblehead, OH 43440. A funeral Mass will be celebrated by Fr. Jim Brown, immediately following the visitation, at 11 a.m. The family suggests memorial contributions to St. Joseph Catholic Church or the Donor’s choice. The Gerner-Wolf-Walker Funeral Home & Crematory, 216 Washington St. is assisting the family with arrangements. Online condolences may be shared with the family at www.walkerfuneralhomes.com.