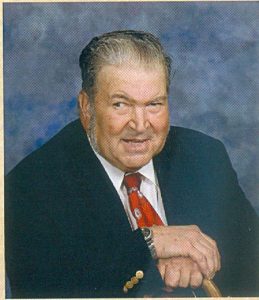 John E. Harris, 76, of Oak Harbor, died Sunday morning, May 12, at the Ohio Veterans Home in Sandusky. He was born June 24, 1942, in Fremont, Ohio, to John W. and Gertrude C. (Carper) Harris. John was a 1960 graduate of Salem-Oak Harbor High School and a longtime member of St. John Evangelical Lutheran Church in Oak Harbor.

He served in the U.S. Air Force from 1961-1965 and drove trucks for many years. John had been a member of the Genoa American Legion Band since 1965, played in the Gang Band, the Swingsters and the Owens Community College Concert Band. When he wasn’t playing his baritone horn, John enjoyed fishing and watching the Cleveland Indians. He also loved history.

Visitation will be 4-8 p.m., Friday, May 17, in the Robinson-Walker Funeral Home, 165 E. Water St., Oak Harbor. The funeral service will be conducted at 11 a.m. Saturday, May 18, at St. John Ev. Lutheran Church, Oak Harbor. Interment with military honors will follow in Roose Cemetery, Oak Harbor.

In lieu of flowers, memorials for John may be given to St. John Ev. Lutheran Choir Fund, the Digital Marquee Fund, the Doris Mylander Scholarship Fund or the Genoa American Legion Band. Online condolences may be shared with the family at www.walkerfuneralhomes.com.