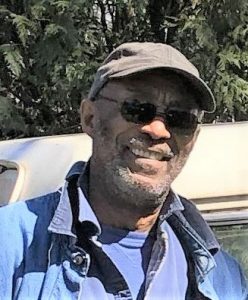 John E. McRae passed away suddenly on Saturday, Jan. 7, at the age of 75 in a no-fault single car accident on the Ohio Turnpike south of Cleveland. He was returning home from a trip to New Jersey.

John was born in Lumber City, Ga., on March 11, 1947, and lived in his home state of Georgia until his teens, when he moved to Newark, N.J. After high school graduation, John joined the US Marine Corps. He was deployed to Vietnam, where he was one of the few to survive The Hill Fights, the first battle at Khe Sanh.

Upon returning home from the military, John looked for a job, enrolled in college, met and eventually married his wife Joy. It was a soul connection.

John and Joy enjoyed 52 years of hard work and fun, with adventures together to the mountains of Jamaica. the coast of southern California, the deserts of New Mexico and the fall foliage of New York State.

In his young adult life, John built a successful career driving charter bus tours to hundreds of sites in the U.S. and Canada. His competent professional driving skills and his courteous charm and lively sense of humor won the hearts of passengers, young and old. He had a special place in his heart for his senior citizen passengers and went out of his way to handle everything needed for a safe, memorable trip.

John’s greatest loves were animals, food, fixing things, planting trees, jazz and Jeeps. Like his mother Nealie, he loved to cook and listen to exclamations of delight as people tasted his blueberry pancakes or his jerk chicken, black-eyed peas and collard greens while listening to the jazz of Wes Montgomery or Miles Davis.

In John’s lifetime he restored an 1890’s Victorian house, a 1950’s lake cottage and more old Jeeps than we can count! At his last house he rekindled his childhood joys of living closer to the land, planting trees and growing okra and tomatoes. All kinds of animals found John and looked to him for healing or company everywhere he went: trapped birds, lost dogs, stray cats, deer, raccoons, squirrels, possums, even groundhogs and moths! Hawks mystically appeared and kept him company in times of need.

John is survived by his wife Joy, his daughter Mashanda Winfrey (Sharon Bivens), his grandchildren Genavee Winfrey (Nathaniel Barnes III) and Jae Atunbi-Winfrey, his great-grandchildren Zaire and Cairo Barnes and many dear relatives and friends in Georgia, New Jersey, Ohio and Jamaica.

Walker Funeral Home in Port Clinton handled John’s cremation. At his request, there will be no funeral, and his ashes will be scattered in water at three locations. Online condolences may be shared at www.walkerfuneralhomes.com. Memorial contributions in memory of John can be made to Friends of Ottawa National Wildlife Refuge (friendsofottawanwr.org).