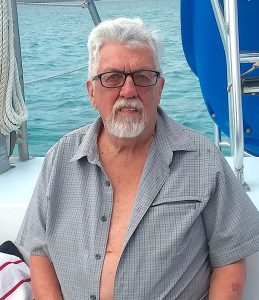 John Howard Kummero, 75, born Feb. 11, 1944, passed away from complications due to cancer at his residence on the evening of April 24. John grew up in Toledo and attended Libby High School and went on to attend the University of Cincinnati. He enrolled in ROTC program and graduated with honors receiving a Bachelor of Science in civil engineering in 1967.

John enlisted in The United States Army in 1968, teaching helicopter electrical systems as an aircraft officer at the Army Transportation School in Ft. Eustis, Va. He served his country in Vietnam from1968-1970. As a lieutenant in the Army he was awarded The Vietnam Service Medal, Vietnam Campaign Medal, National Service Medal, and The Bronze Star. He was honorably discharged in 1973.

His professional life was spent in the commercial construction field where he excelled as a builder and contractor. John was married to the late Linda Rose (Diciero) Kummero for many years. John is proceed in death by his parents Edmund and Bettie (Vick) Grabowski. Also preceeding him in death was his great uncle, Howard Kummero.

John will be remembered as a loving father to Eric T Kummero of San Diego, Calif., and Andrea L. Kummero of Catawba Island. Friends and family will miss his him dearly and are welcome attend a burial ceremony on Friday, May 3 at the Catawba Island Cemetery at 4 p.m. A celebration of life in John’s honor will be held immediately following at the Catawba Inn. Donations in lieu of flowers may be made to: Wreaths Across America, Ottawa County Veterans Services, 8444 OH-163 Scenic #102, Oak Harbor, Ohio 43449.