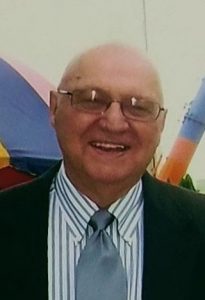 Joseph L. Von Der Weis, 89, of Port Clinton, passed away Saturday, Jan. 29, at Stein Hospice Care Center, Sandusky. He was born Aug. 11, 1932, in Bellevue, the son of Carl and Juanita (Baker) Von Der Weis. He was a United States Navy Veteran serving during the Korean War. He was previously a history professor at The Ohio State University and taught school in Berlin Germany and Guidance Counselor at Port Clinton City Schools. He started working for Cedar Point as a BellHop at the Hotel Breakers and eventually ran the hotel. He retired from Cedar Point in 2000 as the Vice-President of Accommodations and served on the Board of Directors of Cedar Fair. He was a member of Immaculate Conception Catholic Church, Port Clinton.

Funeral Home & Cremation Service, 1124 Fulton St. Port Clinton, where visitation will be held Saturday from 12 – 1 p.m. Interment will be in Riverview Cemetery, Port Clinton. Online condolences may be shared with the family at www.neideckercrosserpriesman.com. In lieu of flowers memorial contributions may be given to Stein Hospice, 1200 Sycamore Line, Sandusky, OH 44870.