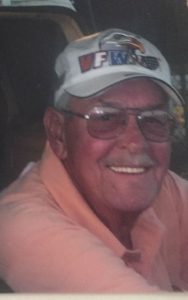 Joseph S. Deak Sr., 83, of Seminole, Fla., and previously of Port Clinton, passed away suddenly on Tuesday, June 1. Joe was born April 12, 1938, to the late Frank and Theresa (Szabo) Deak. Joe joined the United States Navy at a very young age. He retired in Florida in 1985 with his wife Maryian and she survives.

Joe was employed by the Rolling Rock Company for many years and never met a stranger in all his years as a salesman. He loved to golf and was very good at it, but don’t think you would ever caddy and drive a golf cart, you walked 18 holes with him! He had the gift to gab and always had a smile on his face. You always knew he was in the room.

He was preceded in death by his brother, Frank Deak, and his sister, Barbara (Birdie) Koperski, and brother-in-law Jerry Koperski.

Per Joe’s wishes he was cremated with a full military service in Florida on Monday, June 7. Joe will be greatly missed by his family and friends.