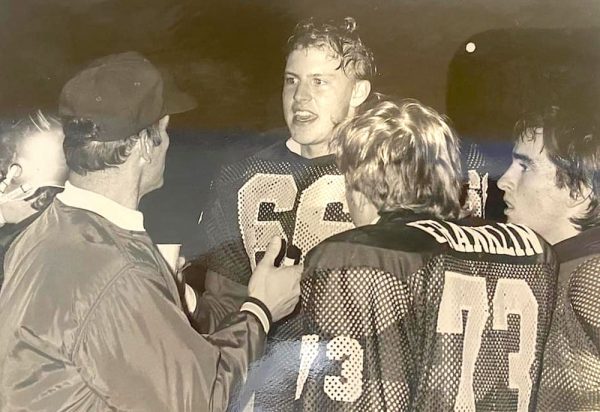 Ken Carmon was inducted into the Columbian High School Hall of Fame in Tiffin.

TIFFIN — The apple doesn’t fall far from the tree.

Former Port Clinton football coach Beau Carmon’s father, Ken, was recently inducted into the Columbian High School Hall of Fame in Tiffin over the weekend, a show of gratitude to a long-time teacher and coach.

Carmon, a native of Avon Lake, came to Columbian after a stint playing and coaching with the Ohio University football team, where he is also a Hall of Famer. Carmon has also been inducted into the Hall of Fame at Avon Lake High School.

Ron Curtis was the head coach of the Tornadoes, and he knew Carmon from their time together at OU. Columbian needed a physical education teacher, and Carmon filled the spot in 1971.

Carmon was an assistant coach at first and then the head coach of the Tornadoes in ’78 and ’79 and stepped away for three seasons before returning as an assistant in ’82. He returned as head coach in ’86, leading Columbian to a 10-2 record and a Northern Ohio League title.

He was an assistant for one more season, one that saw the Tornadoes have arguably their best season in school history, one that ended in the second round of the playoffs when Columbian lost to Cleveland Benedictine, 10-0, in an epic snowstorm.

Carmon then took time off until ’95, when his daughter Kristyn was a senior, and retired following the 2005 season. He got to coach his son, Beau, who graduated from Columbian in ’99. 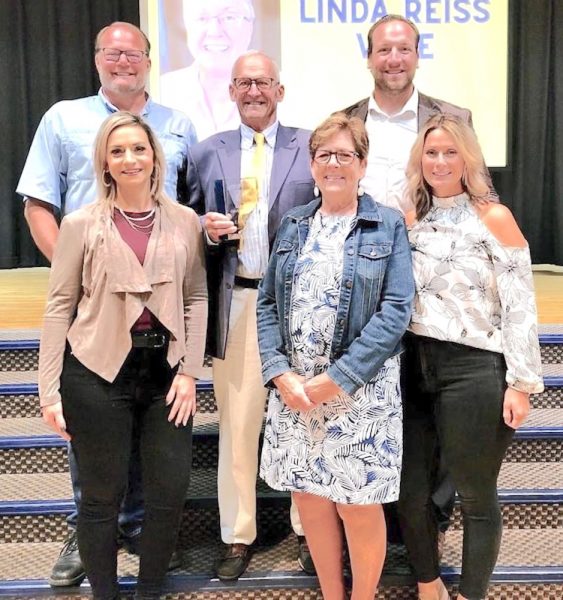 The Carmon family was on hand as the former football star and legendary coach was inducted into the Columbian High School Hall of Fame in Tiffin.

“He’s made so many great memories and helped so many people along the way, and did so many things behind the scenes,” said Beau Carmon, who presented his father at the ceremony. “He was with me for one season at Port Clinton and was able to help us get going.

“He would drive up from Bloomville, which is almost an hour away. He came out of retirement as a coach to help at Fostoria and at Port Clinton — he’s helped me with two rebuilds, and he stuck with me.

“He’s disciplined, has a great work ethic and he taught me about toughness. A lot of what I’ve done was because of the influence he’s had in my life.”

Ken Carmon graduated from OU in ’69 after earning league honors three times at right tackle and was named an All-American as a senior. His senior year saw the Bobcats win the Mid-American Conference title, something they’ve haven’t done since. Carmon had a brief stint with the Philadelphia Eagles before working as a graduate assistant at OU for two years.

One of Carmon’s teammates at OU was Cleve Bryant, an African-American.

“It was one of the first teams to break the color barrier,” said Beau Carmon. “Cleve was director of football operations at the University of Texas when Mack Brown was there.”

Beau Carmon, who played collegiately at Bowling Green State University before transferring to the University of Findlay, liked basketball a lot more than football growing up.

“I’m not even sure how much I would’ve even played football if he wasn’t my father. I didn’t care about football anywhere near as much as basketball. He would grind me, he would drag me across the field to throw, punt and kick. He would drag me to the weight room on Sundays.

“I loved basketball, I could dunk in eighth grade, and he forced me into football. He knew what my future was going to be, and understood that I needed to be bigger. He would always make me a milkshake at home to help me gain weight,” said Carmon. “He was always a loving father. We’d go fishing with his father in Lorain, and football-wise, I saw the time that he put in.

“The impact he had on people, I inherited that from both he and my mom, who was an educator. I know I can never follow what he did, but we’re still very blessed to have him with everything he’s done.”

“We’re fighting that together as a family. He’s tough, he’s the toughest person I’ve ever known. He’s more successful than I was in many aspects,” said Beau Carmon. “You try to follow up to my father’s footsteps and that legacy.”