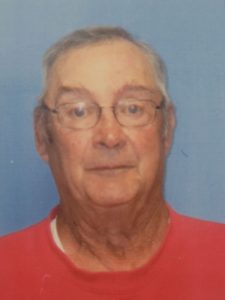 Kenneth “Ken” H. Sass, 71, of Port Clinton, passed away Thursday, Sept. 2, at the Ottawa County Riverview Health Care Campus, Oak Harbor. He was born on Aug. 9, 1950, in Port Clinton, to Harold and Norma (Mitchell) Sass. Ken graduated from Port Clinton High School in 1968, where he played tuba in the band and varsity baseball. He served in the U.S. Army National Guard and retired with the rank of Staff Sergeant. He graduated from Clark County Technical Institute in Springfield in 1970 with an associate degree in Ag Mechanics. Ken worked as a mechanic for Tack Ford Tractor Sales and Camp Perry, and he helped work on the family farm, which was recognized as being one of the first families of Ottawa County dating back to 1858. Ken was previously married to Alice Masterson. He was a member of the Port Clinton American Legion Post 113 and played Taps with the bugle at military graveside services. Ken was a volunteer several years at Magruder Hospital in Port Clinton, member of St. John Lutheran Church, Port Clinton, and a past parade Marshall of the Port Clinton Memorial Day Parade. He was an avid Ohio State, Detroit Tigers, and Dallas Cowboys fan.

Ken is survived by his son, Michael Sass of Sandusky, brother, James (Molly) Sass of Port Clinton, nephew, Scott Sass and Niece, Laura Sass. He was preceded in death by his parents.

Memorial services for Ken will be conducted 11 a.m., Saturday, Sept. 11, at the Gerner-Wolf-Walker Funeral Home & Crematory, 216 Washington St., Port Clinton, with visitation one hour prior to the services from 10 – 11 a.m. The family suggests casual attire be worn for comfort. Military honors will take place following the services at the funeral home. Interment will take place at a later date at Riverview Cemetery, Port Clinton. Memorial contributions in memory of Ken can be given to the Ottawa County Humane Society, where he adopted his beloved black lab companion, Brutus. Online condolences may be shared with the family at www.walkerfuneralhomes.com.