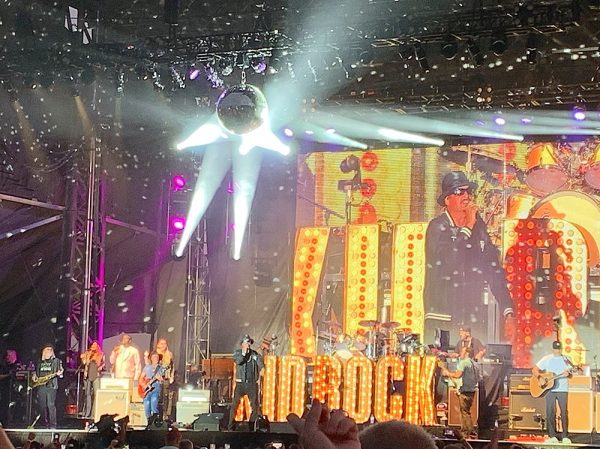 Kid Rock was the headliner at Bash on the Bay, and by far the most popular performer on a warm, pleasant night of music on South Bass Island last Thursday. (Photo by Kira Hubner)

The 3rd annual Bash on Bay was smooth sailing for promoter Tim Niese. The featured Kid Rock wowed a crowd estimated at 15,000 at Put-in-Bay Airport, leaving all wondering how Niese could top the largest concert ever held on the island. 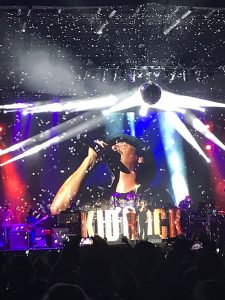 That question should be answered quite soon, Niese has promised.

“Put-in-Bay was the place to be for the Bash at the Bay concert headlining Kid Rock last Thursday,” said Associate Editor Jeff Koehler of the Put-in-Bay Gazette. “The concert was a huge success, as thousands of people poured onto South Bass Island to see him and the other bands that played during the six-hour concert.

“Not only was the Kid Rock concert an economic shot in the arm for Put-in-Bay, but many businesses in the Port Clinton area benefitted, too, winding down a great summer of fun in exemplary style.”

Kid Rock, aka Bob Ritchie, evolved into a major talent while growing up in Romeo, Mich. He brought a very high-energy show to the Put-In-Bay Airport, said fan Gina Miller of Oak Harbor.

“It was a great show, from the amazing lighting to the pyrotechnics and confetti,” she said. “He played the guitar, as well as the drums, surprisingly well. He told the crowd that he ‘appreciated everyone coming out to the show, I know it wasn’t easy to get here,’ and thanked us for spending our ‘hard-earned cash.’ He was thankful, humble and gracious.”

The crowd enjoyed Kid Rock’s interjections of “Put-in-Bay” into lyrics of some of his own songs. 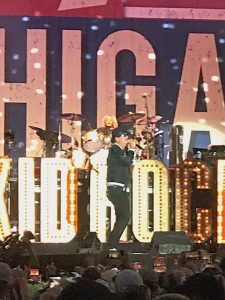 Everyone commenting on the large concert on a small island said there was a heavy presence of security, but that it was not oppressive. The Miller Ferry earned a heaps of praise for efficiently getting fans on and off the island in a very short period of time.

Many of the fans made the Kid Rock concert a much longer adventure, boating to Middle Bass Island Marina the day before the concert, then taking the Sony S shuttle boat to Put-In-Bay on Thursday afternoon.

“About a dozen of us ran five boats over from the Marblehead Peninsula on Wednesday for the Thursday concert. We enjoyed a beautiful afternoon on the island and gentle overnight breezes,” said Donna Ungvarsky. Middle Bass Island Marina had booked all of its docks, but it wasn’t a rowdy crowd, she said. 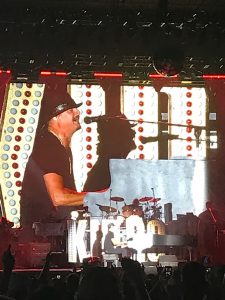 While Gina Miller thought Uncle Kracker was the best of the undercard, Steve and Donna Ungvarsky were impressed with the Moonshine Bandits. With seats close to the stage, they thought Uncle Cracker struggled a bit with his songs.
“Moonshine Bandits were a little more country, and a lot more patriotic,” said Steve Ungvarsky, a Lake Erie fishing guide at Channel Grove Marina.

There were a few complaints, especially concerning tall beer tents constructed in the middle of the concert grounds. Many said the tents blocked their view of the stage. People were also critical of $17 cans of Bud Light beer and White Claw Hard Seltzer.

The food trucks offered very good fare, though, and at a reasonable price, said the Ungvarskys.