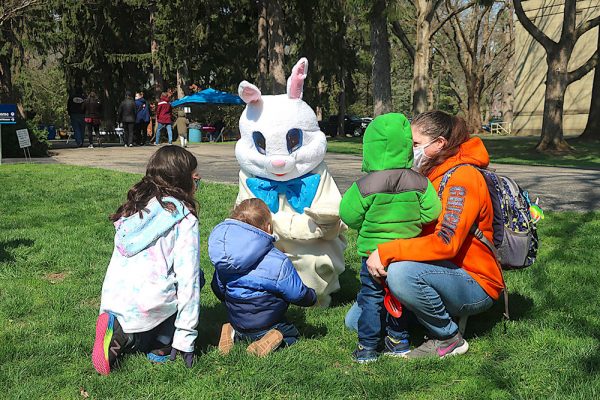 The Easter Bunny will make an appearance at the annual Hayes Easter Egg Roll on Saturday, April 16.

FREMONT- Kids are invited to an afternoon of fun on Saturday, April 16, at the annual Hayes Easter Egg Roll, which replicates the White House Easter Egg Roll that Rutherford B. Hayes started when he was president.

The egg roll is from noon to 3 p.m., and kids and their families can participate. The event is geared toward kids ages 3-10, but kids of all ages are welcome.

Kids are asked to bring three hard-boiled, colored eggs to use in the traditional egg games, which will take place on the Hayes Home lawn. These are the same games played at the annual White House Easter Egg Roll.

Kids ages 3 to 10 can also bring a pre-decorated egg to enter in the decorated egg contest. Other activities include a scavenger hunt, story reading, a craft and corn hole toss. The Easter Bunny will make an appearance and be available to take photos with event participants. The egg roll is sponsored by Roots Poultry and Welly’s Horseradish.

In the event of inclement weather, some of the activities, including corn hole, story time and the craft, will be moved into the museum.

President Hayes started the first White House egg roll in 1877. Before that, kids played egg games on the grounds of the U.S. Capitol building on Easter Monday. Congress, however, banned the event because of the mess.