Lake Erie’s fish of the future! 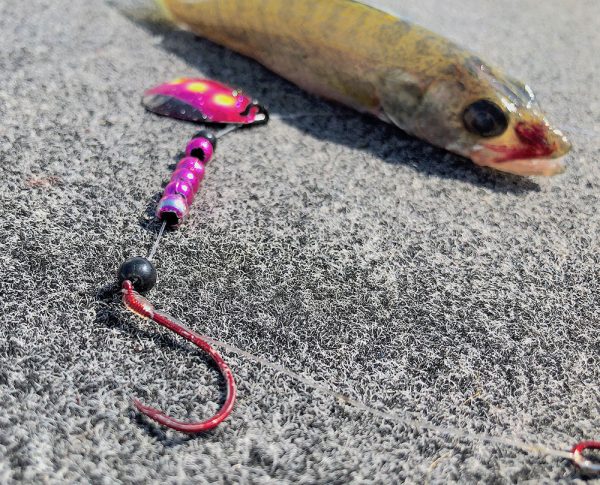 Lake Erie’s big schools of walleye produced a record-setting number of youngsters last spring, according to Ohio Division of Wildlife surveys. Now those little walleye – basically two eyes and a wiggle last summer – are now four to five inches in length, and big enough to chase a walleye lure. Anglers are reporting that in some areas, they have caught tremendous numbers of those baby walleye. There is no doubt a lot of them will be caught in the coming months, and since they’re a long way from being a legal catch, fishermen should take great care in releasing the small fish. (Photo by D’Arcy Egan)