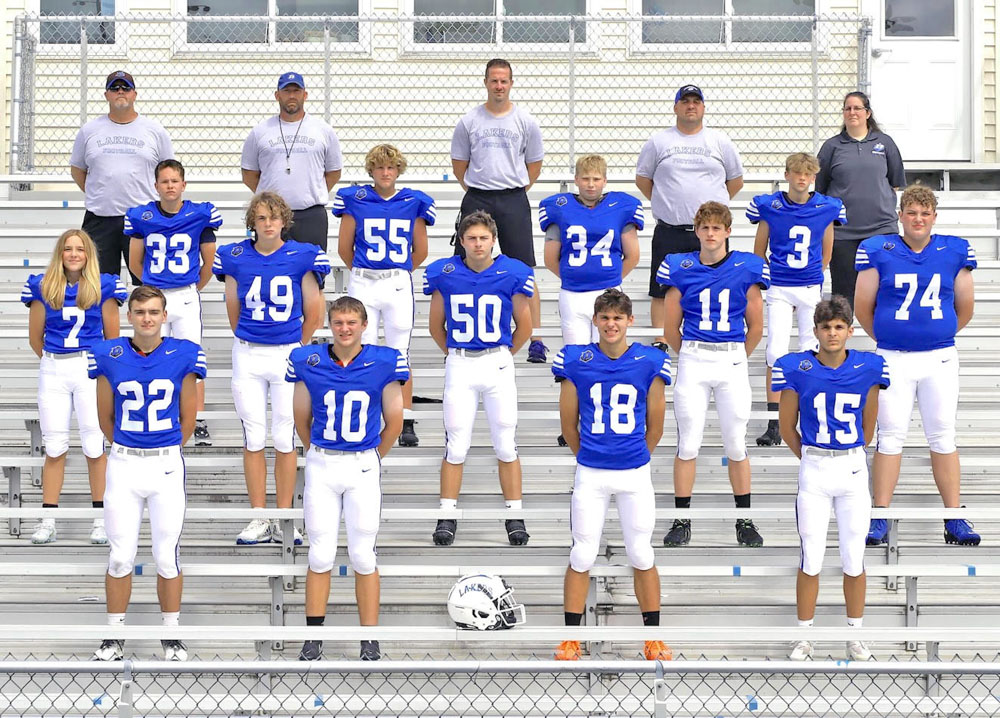 Outlook: This season should be a bounce-back year for Danbury as it begins its third year of 8-man football.

Last season, the Lakers struggled and went 2-6, but now they feature some good, experienced players.

The roster has 14 players, including six seniors. Gone from last year are Cade McCarthy, Wyatt Caskey and D.J. Webster.

At quarterback, Jacob Mischler returns and Guy Maltese and Landon Dunlap will be featured in the backfield and out wide, too. Elijah Hatfield is the fullback and Marco Shvorob is the primary wide receiver.

The offensive line is led by center C.J. Carlson with Josh Mischler and James Morrissey flanking him as the guards.

Mora was pleased with his team’s performance in the scrimmages.

“They’ve looked good, they did a lot of things really well. It was important just to get in and get some work in and come out healthy,” he said. “I was pleased with our ability to move the ball — we scored with four different people in our two games, it wasn’t just one guy scoring for us.

The defense features Carlson and Morrissey as the defensive tackles with Josh and Jacob Mischler as the DE/OLB. Dunlap and Hatfield are the inside linebackers and Maltese and Shvorob are the cornerbacks.

Mora credited three of his defenders in particular.

“Jacob has progressed so much over the last few years, as has Guy,” Mora said. “James Morrissey, he’s a 6-3, 220-pound guard. He’s doing a really good job as a first-time football player for us, he’s learning as he goes. He’s doing a great job.”

In recent years, Danbury made the switch to 8-man football because enrollment was decreasing and it was hard to field a team for 11-man football. Now, the Lakers have carved out a niche that allows them to enjoy the experience of playing on Friday nights, only with fewer players on the field.

“The people that say those (critical) things, have never been to an 8-man football game. You’re looking at what it is, and you’re watching football. You’re giving high school boys the opportunity to play football for the school they attend,” said Mora. “The cheerleaders and the kids participating in the band. If you’re not doing that on Friday night, what are they doing? Just because we have a small roster doesn’t mean it’s not authentic. For us, we don’t even think about it anymore. People on the outside think about that, (but) this is just football. We line up and talk about schemes that translate into 11-man.

“Our kids are excited about getting ready to compete. I would hope more schools in our position would give it a little more thought. We don’t have the agony of wondering how to have an 11-man team with 14 players.”

The Northern 8 Football Conference has four teams in addition to Danbury. There is St. Mary Central Catholic, Colgate, Stryker and Toledo Christian.

The Lakers face Britton Deerfield in Michigan on Thursday and host New London, SMCC and Holgate in consecutive weeks. Danbury plays Toledo Christian on the road in week five and hosts the Fort Wayne Kings before three road games to finish the regular season — SMCC, Stryker and Climax Scotts, a school in Michigan.