Lakers looking to expedite the rebuild 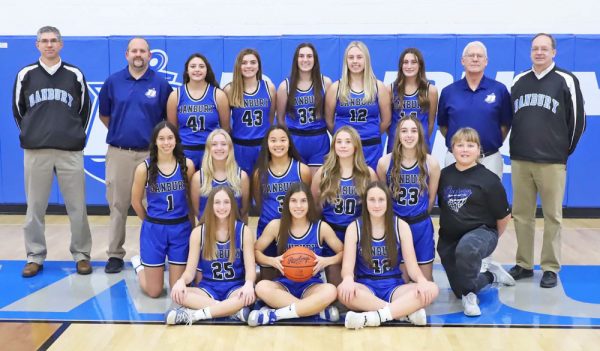 DANBURY TWP. — After two tough seasons, Danbury coach Dick Heller is confident that his team can rebound and compete with the area teams.

The Lakers return all but one player and feature plenty of players who experienced “baptism by fire” last season.

Danbury features a three-guard lineup and its starters are Gabrielle Maringer, a 5-7 point guard, her sister, Maria, a 5-6 wing, Kamil Stephens, a 5-4 guard and Kelly Uhinck, a 5-9 post. Natalie Rose, a 5-9 post, and Kayla Rodriguez, a 5-8 post who is recovering from a knee injury, are currently battling for the final spot. Whoever doesn’t get the final starting spot will be one of the first reserves off the bench.

“Consistency is going to be key for us,” said Heller, who has a storied career that includes successful stops in Oak Harbor and Lakota and has over 300 career victories. “A lot of that experience was gained by freshmen last year. They’re playing really hard, and the skills have improved.

“Gabrielle has been pretty solid, Kelly has looked really good, Natalie has looked good from time to time, Maria will give us everything she’s got — she’s a nice plus for us. Leah will give us good minutes off the bench, Kamil is doing some nice things, Kayla gives us some more depth this year that we haven’t had in the past, along with Mia.”

The Lakers went 7-13 and 6-8 in the Sandusky Bay Conference River Division last year.

“We are excited about this group, they showed a lot of promise last year being young. We’ve got a lot of young players coming in,” said Heller. “I feel like we’ve got a good chance to be very competitive and fight for a place in the top four (of the conference).”

Danbury doesn’t have a great deal of size — there are four players that are 5-9 and one who is 5-10.

“There’s going to be a lot of movement (on offense). We have to keep the kids moving in the hopes of getting the defense off balance once in a while and score,” Heller said. “Our posts have to be able to recognize who they’re going against and use what we’ve worked with them on to combat the size difference.

“Our athleticism is very important. We’ve got to control the boards and take care of the basketball. We’ve got some talent, sometimes they go too fast and do too much. Our athleticism has to be our big point because we have to face bigger teams.”

“We have to put pressure on the ball without letting them penetrate, cover shooters and defend inside. We’ll throw a mixture of things out at (the opposition),” he said. “We will have to play very aggressively to be able to compete against the higher echelon of teams in the league.”

The River Division should be very competitive, as it usually is. Heller notes that there are new coaches at Hopewell-Loudon, St. Mary Central Catholic and Lakota.