Lanier back to lead the ‘Skins basketball girls 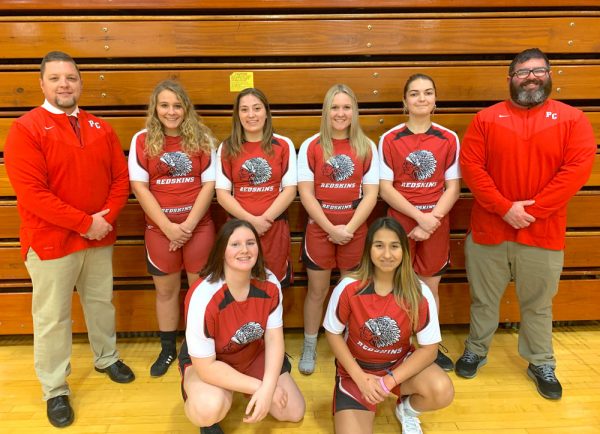 Lanier, who is just 5-2, averaged 18.3 points per game as a freshman. Expectations are for the point guard to be even better.

“She has improved since her freshman year. We’ve worked with her shooting, seeing the floor a little bit better,” said Port Clinton coach Kevin Belden. “She’s the point guard with the ball in her hands and can create for herself and her teammates. She’s a very good and willing passer.”

Joining her in the starting lineup is Taylor Bollinger, a 5-6 post who is coming off an injury, and averaged 5.1 points last year. Keileen Fullenkamp, who is 5-9, will play alongside her in the post.

“Fullenkamp does bring a little bit of size. She’s very coachable; where she was last spring to now is a big-time difference. I’m excited to see where she is two months from now,” said Belden. “(Bollinger) can put the ball in the basket. She’s taking her next steps and can shoot the ball a little bit; she has some nice post moves.”

The rest of the starting lineup includes 5-5 wing Claudia Gillum, who averaged 5.1 points last year, and Kennedy Adkins, who is a 5-2 wing.

“Claudia’s shooting is starting to come along, and Kennedy is a nice player who can contribute,” said Belden.

There are a number of players that could see action, and the first three players off the bench could be 5-5 forward Marcella Brenner, 5-4 guard Brooke Martinez and 5-6 forward Addisynne Siefke. Brenner and Martinez earned letters last season.

It’s the first season at the helm for Belden, who spent a number of years as an assistant with the boys team until this job opened up.

“As a first-year head coach, with an entire new staff, our goal was just to get better and better every day,” said Belden, who has former head coach Toby Bickel on the bench with him. “There aren’t goals in terms of wins and losses, we just want to be better than we were last year and be better in the second half of the season compared to the first half.

Two years ago, the Redskins went 4-18 and didn’t win a game in the Sandusky Bay Conference Bay Division. Last season, Port Clinton finished 6-15 with three wins in the league. Could the team be in line for some more wins?

“Margaretta is going to be awfully tough this year, this may be one of their better teams,” Belden said. “After them, I think it’s wide open, Willard has had some great tradition recently, Huron is bringing back a lot of players, Oak Harbor has some nice players and Edison is a young team, so I think they’re going to keep getting better and better.”