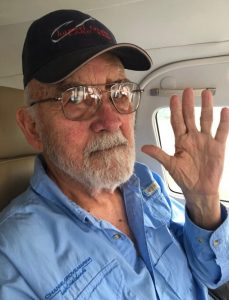 Lawrence Eugene Siko, 84, of Marblehead, passed away at Stein Hospice Care Center, Sandusky, surrounded by the love of his family on Aug. 5. Larry never met a stranger and anyone who knew him, knew they were unconditionally loved by him. Larry’s one of a kind, larger-than-life personality, unfailing sense of humor, and uncanny ability to befriend anyone he met will be remembered by all. Larry was born Dec. 17, 1937, in Hibbs, Pa. to Louis and Anna (Sholtis) Siko. In addition to his parents, Larry was preceded in death by his mom, Francis (Rehanek) Siko, brothers: Regis Siko, Arnold (Judy) Siko, mother-in-law: Ethel Ziegler and sister-in-law: Barbara Siko.

Larry’s life work as a successful salesman started at Bailey Meter in Cleveland. Larry then went to work in sales at Stanley Industries in Warrensville Heights where he eventually became co-owner and vice-president of the company. His passion of sales, helped create many life-long friendships with customers and business acquaintances.

Larry was the Life of the Party and a one-of-a-kind character. He loved his family immensely and adored spending time with them. He enjoyed fishing, boating, hunting and riding on his golf cart. Larry loved sharing ethnic foods from the Westside Market, Slyman’s and Parma State Meats with his friends and family. He was a Red Cross Blood Donor, a member of Chesterland, Ohio Lions Club, Chesterland Lions Club mini football coach, past officer of Holy Name Society at St. Hugh’s Catholic Church in Charmichael, PA. The family would like to extend a special thank you to Dr. Steve Jackson, Stein Hospice and Father Joseph Szybka at St. Joseph Catholic Church, Marblehead.

Relatives and friends are invited to attend a Funeral Mass celebrated at 10 a.m. Saturday, Aug. 27, at St. Joseph Catholic Church, 822 Barclay St., Marblehead, where visitation will be held Saturday, Aug 27, from 9 a.m. – 10 a.m. The mass will be live streamed at www.stjosephmarblehead.org. A luncheon will follow at the church with a Celebration of Larry’s Life to follow at the Gazebo at Channel Grove Marina. In lieu of flowers the family suggests memorial contributions may be given to Stein Hospice Care Center, 1200 Sycamore Line, Sandusky, OH 44870. Online condolences may be shared with the family at www.neideckercrosserpriesmanfuneralhome.com. Neidecker, Crosser & Priesman Funeral Home & Cremation Service is handling the arrangements.