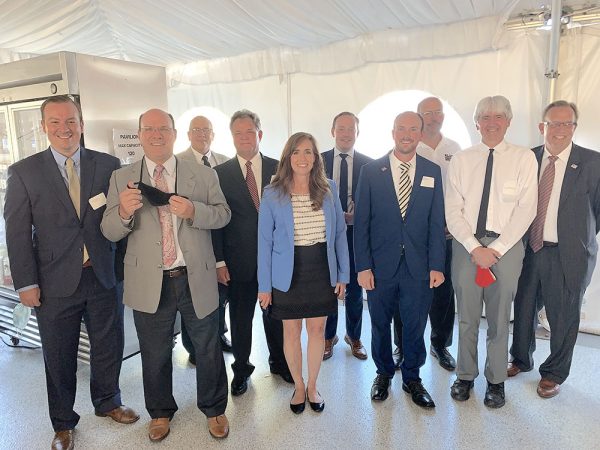 A crowd of about a hundred Ottawa County Republicans finally gathered for the twice-delayed Lincoln Day dinner at Catawba Island Club on Thursday evening. Just about all of them felt that they got their money’s worth following a powerful presentation from U.S. Air Force Captain (retired) Guy Gruters, who spent more than five years as a prisoner of war during the Vietnam War.

Gruters spoke about the importance of the coming election as it relates to the suddenly concerning introduction of socialism in national politics.

“I know what socialism looks like. I saw it firsthand. The government becomes the “God” to the people, who virtually all but the political elite find themselves in complete poverty,” said Gruters. “When I was in captivity, we were given a little bit of bread and water to subsist on. Most of my fellow POWs lost 80 pounds of muscle mass during captivity.

“I wondered about that, but I found out that bread and water was what most of the populace of North Vietnam subsisted on themselves.”

Gruters was a highly decorated U.S. Air Force pilot with more than 400 combat missions in Vietnam. He was shot down twice. The first time he was rescued. The second time, he was captured on Dec. 20, 1967.

On the positive side, the attendees got to hear from Ohio Treasurer Robert Sprague and several other candidates. All three Ottawa County Commissioners — Mark Stahl, Mark Coppeler and Donald Douglas — were in attendance. There will be a significant number of county-wide races contested in November.