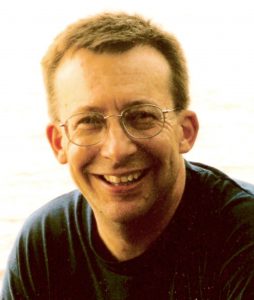 Mystery writers, readers, and amateur sleuths wanting to learn more about dusting for fingerprints may wish to gather clues at the Marblehead Peninsula Branch Library on Tuesday, March 3 at 6 p.m., for “Writing the P.I. Novel.” Local writer R.J. Norgard, author of the Sidney Reed Mystery Series and a former private investigator and U.S. Army counterintelligence officer, will speak about writing his book “Trophy Kill” (2019), what lessons he learned during the process, and some “do’s and don’ts” of writing in the P.I. genre.

“One of the most common mistakes writers of P.I. novels make is a lack of research,” said Norgard. “Unless you’ve worked in the profession, you’re probably not going to know how to tail a suspect properly or that when you pick a lock—which is illegal, by the way—it takes two tools, not one. It’s important to research your subject thoroughly, before putting your work in front of the reader. Mystery readers are sticklers for detail and can spot a wannabe P.I., or a lazy author, a mile away.”

A Port Clinton original, Norgard grew up so close to Lake Erie he says his “feet are still wet.” His work as a private investigator in rugged Alaska formed the basis for the character of Sidney Reed in his novels. During the library’s A Writer’s Life Q&A session, Norgard will talk about his experiences and what writers often get wrong when writing about the private detective profession.

One of the author’s most rewarding Alaska cases involved a young woman accused of robbery. The victim, an elderly woman, had picked Norgard’s client out of a lineup, but the accused insisted she had nothing to do with it. While the client was in jail, she heard another woman had been bragging about the robbery.

“I investigated and discovered the new suspect had been convicted for a prior robbery using an identical M.O,” said Norgard. “By going to her known addresses, I was able to locate the vehicle used in the robbery.” Norgard’s efforts helped convince the D.A. to drop charges.

Copies of “Trophy Kill” will be available for purchase and signing after the Q&A. “Road Kill,” the second title in Norgard’s series featuring crime and passion in the 49th state, is set for release this spring. For more information, visit rjnorgard.com.

“A well-researched mystery not only carries with it the ring of authenticity, it reassures the reader that the author knows whereof he speaks,” concluded Norgard.

A Writer’s Life Q&A features monthly writing topics and is open to anyone from the Lakeside/Marblehead area and surrounding communities. The informal discussion group welcomes writers, high school age and up, and is facilitated by published essayist and former news reporter Brenda Haas. She also runs the Writers Wanted Critique Group, a participatory peer group designed for writers interested in giving and receiving critique on existing works-in-progress. The next critique session is scheduled for March 10.