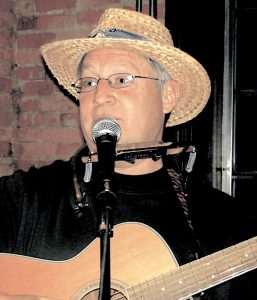 A versatile, six-piece rock, rhythm and soul outfit out of Northwest Ohio, the Athens Wheeler Band will headline Friday night’s show on the MOM Entertainment Stage at 8 p.m. The opening act in the RiverFront Live Series at 6 p.m. will be local favorite Jerry Davenport, a songwriter and performer from Catawba Island.

A very productive songwriter, Davenport has composed more than 100 songs, inspired by growing up on a small Catawba farm and the sounds of the fabled Tin Goose, the Ford Trimotor which once flew hourly over Davenport’s home en route to Put-in-Bay.

Appealing to the dance floor and discerning listeners alike, the Athens Wheeler setlist gracefully careens from extended jam to Motown soul to Appalachian mountain music, classic R & B and straight ahead rock and roll.

Be sure to focus on Ron Nisch on guitars, one of the reasons the MOM Entertainment Stage has sparkled. Port Clinton’s Nisch has booked the majority of the great bands for the summer, and will be joined for this appearance by Toledo standouts Bill Lenhart on drums, Franz Schlievert on bass, Steve Mockensturm on keyboards, Paul Juhasz holding down the horn section and the incomparable Dorothy Dennen singling lead vocals.