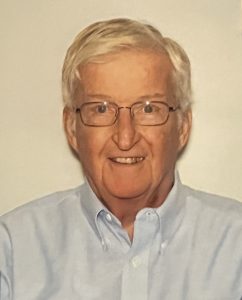 Lockwood Zeis, age 87, passed away peacefully surrounded by his family on Tuesday, Dec. 21. Lockwood was born on Sept. 12, 1934, in Toledo, to the late Frederick and Imogen Zeis.

Lockwood graduated from Port Clinton High School in 1952 and from Miami University in 1956. He was a member of Immaculate Conception Catholic Church.

Lockwood served his community as Port Clinton’s President of City Council 1965-1967 and as the city’s Mayor in 1968-1971. As a Charter member and president of Port Clinton Jaycees, he received the organization’s Ohio’s Outstanding Local President in 1963 and Awarded Junior Chamber International Senatorship and Life membership. He served 30 years on the Board of Trustees of H.B. Magruder Hospital, serving 1993-2000 as Board Chairman. Lockwood was a 25-year member of Port Clinton Kiwanis Club and served on their board of directors. He was a life member and past Home Association Chairman of Knights of Columbus Council #1750.

As part of the business community, Lockwood joined Tadsen Agency Inc in 1956 and served as the President.