Lou Schultz to speak about U.S. invasion of Canada after Battle of Lake Erie 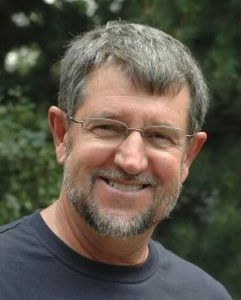 Area historian and vice-president of the Erie County Historical Society, Lou Schultz will be this fall’s speaker in the Catawba Island Historical Society’s Cultural Lecture Series. He will share seldom told tales about preparing for and launching the U.S. amphibious invasion of Canada following Oliver Hazard Perry’s 1813 naval victory at the Battle of Lake Erie.

The event will be 6:30 p.m. on Tuesday, Oct. 15 at the Catawba Island Township Community Hall, 3307 NW Catawba Rd. Catawba Island. The public is invited to the free lecture.

Schultz was born and raised in Sandusky. A third grade field trip to Fort Stephenson in Fremont sparked his initial interest in history and ultimately led to his in-depth study of the War of 1812. As a member of the Ohio War of 1812 Bicentennial Commission, he has lectured frequently on the subject. The Hayes Presidential Center displayed his extensive collection of related artifacts during its 2013 Bicentennial celebration of the War.

The presentation will primarily focus on events in what are currently Ottawa, Sandusky and Seneca Counties. Topics will include the Siege of Fort Stephenson, arrival of Isaac Shelby’s troops at the mouth of the Portage River from Kentucky, embarkation of the army on Perry’s ships, and the Battle of the Thames in today’s Provence of Ontario, Canada.

“Most people know about Admiral Perry’s brilliant success at the Battle of Lake Erie,” said Schultz, “But use of his ships to transport the troops of General William Henry Harrison across the lake was equally important for defeating the British and Tecumseh’s Tribal Confederacy, and for reestablishing American control over the Northwestern frontier.”

Included in the presentation will be passages from original, unpublished documents Schultz has in his personal collection. He describes many of the recorded comments made by participants in the Siege of Fort Stephenson and embarkation for Canada from near Port Clinton as “quite colorful.”

The nearly 250 members of the Catawba Island Historical Society are invited to the Catawba Island Township Community Hall, 3307 Northwest Catawba Rd., an hour before the Schultz’s lecture for the organization’s Annual Membership Business Meeting at 5:30 p.m. to review the society’s 2019 activities and its plans for 2020. An election will also be held to fill three positions on its board of trustees and select its officers for 2020.

In addition to sponsoring its Cultural Lecture Series, the Catawba Island Historical Society operates the seasonal Catawba Museum at Union Chapel on East Porter Street at the north end of the Island. It is open between 10 a.m. and 4 p.m. on Mondays, Wednesday and Thursdays, and the second and fourth Saturdays of each month from mid-May until mid-October. This year’s last day of operation will be Saturday, Oct. 13.