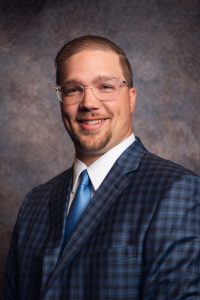 “Since joining GenoaBank, Luke has been an invaluable part of our mission to serve the greater good with values-driven banking and lending services. In his new role, bank customers will benefit from his background and commitment to best in class customer service,” said Martin P. Sutter, GenoaBank’s Chairman, President and CEO. “We are excited to expand Luke’s role in the operation of the region’s leading community bank.” Sutter has led the bank’s Commercial Lending Department since April 2019.  In the new and expanded role, he will oversee the bank’s consumer banking functions, including retail banking, mortgage and consumer. His professional background in commercial banking and portfolio management aligns with the mission of the bank to help grow and expand businesses within the markets of Northwest Ohio.

“It is a privilege to assume the role of Chief Lending Officer for GenoaBank,” said Luke Sutter. “I work with a very talented group of banking professionals whose knowledge and dedication has allowed us to forge extraordinary relationships throughout the community. I look forward to helping maintain GenoaBank’s status as the leading independently-owned community bank in Northwest Ohio,” Sutter added.

GenoaBank, founded in 1902, is now in its second century of providing a broad range of banking services to business and private customers in Ottawa, Lucas, Wood and Sandusky counties.