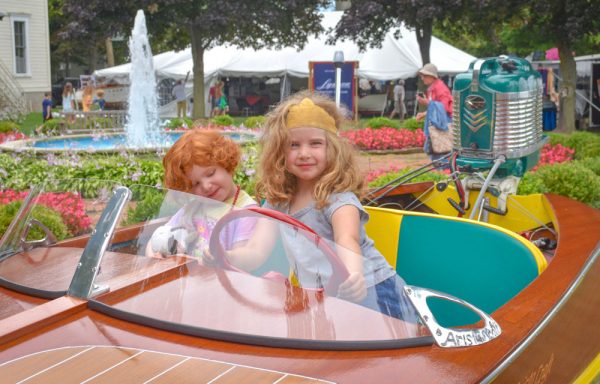 Two little visitors to the Lakeside Wooden Boat Show appeared to be ready to go racing over the waters of Lake Erie in a classic wooden boat. (Photos by Sheri Trusty)

For the past several years, Kevin Marks of Coloma, Mich., has visited Lakeside during mid-July. His visits always coincide with the annual Lakeside Wooden Boat Show & Plein Air Art Festival, which was held on July 17 this year, and each year Marks’ passion for Lyman boats has grown. Last year, he purchased his first boat, a Lyman Center Steer Runabout.

“Coming to the boat show every year, I got hooked on Lymans,” Marks said. “I named her ‘Impulse Buy.’ It was a 16-year impulse, but nonetheless. When my sister sent me the ad for it, she didn’t think I’d drive four hours to buy it.”

Although “Impulse Buy” normally lives on Pawpaw Lake in Michigan, Marks hauled her to Lakeside for the boat show on July 23-24. He said he chose this particular Lyman because it was a good starter boat. 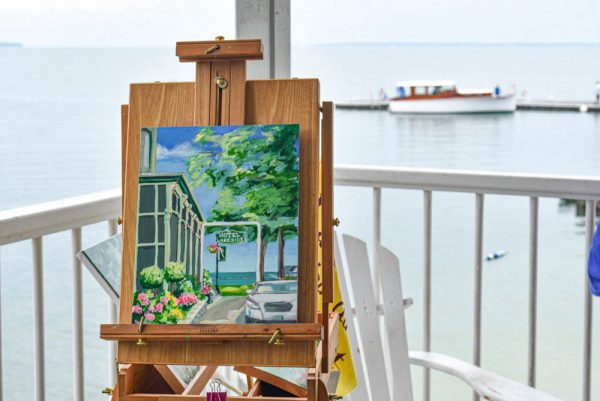 The Plein Air Art Festival on the Lake Erie shoreline was a big hit at Lakeside Chautauqua.

“I didn’t want to get in over my skis,” he said. “This let me dip my toes in the water of wooden boats.”

“It’s a great venue here,” Mame said. “Most shows are in parking lots. We have trees and shade, and you can look at the lake.”

The boat show features a variety of boats, including Chris-Craft, Thompson and Richardson, but the highlight every year is the Lyman.

“They are well-built boats, have a great design, and they are built for the lake,” said Lyman historian Tom Koroknay.

Koroknay, whose expertise earned him the nickname Doc Lyman, brought his Lyman Boat Works Historical Display traveling museum to the show. The exhibit featured hundreds of Lyman artifacts which Koroknay purchased from Lyman Boat Works in 1988. 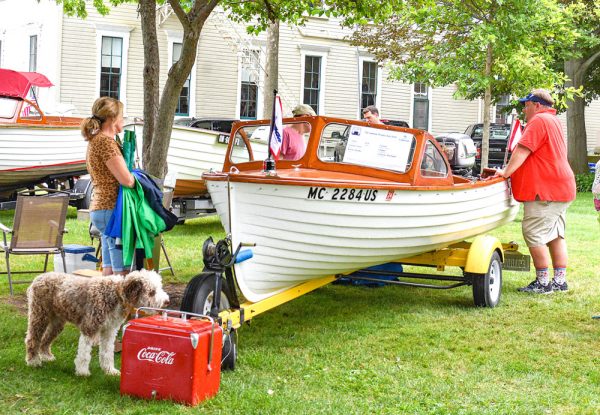 he iconic wooden Lyman Boats made in Sandusky decades ago are still a favorite of Lake Erie boaters.

“What I have here today is just the tip of the iceberg,” he said.

Bill Enders of Tiffin displayed his own Lyman, an 18-foot Runabout, near the exhibit. Enders said it was the sixth Lyman he had restored since purchasing his first boat several years ago. Restoration is difficult and time-consuming.

“It cost me a shoulder, but I like the way they ride in the water and the look of them,” he said.

In addition to the boat show, plein air artists painted on the grounds and sold their work, which featured the lake and its people. Many of the artists had been painting at Lakeside all weekend. Rose Lucas Haninger, who owns Painted Rose Gallery and Madame Rosie’s Boutique in Marblehead, was among them. On Friday, she painted tall, burgeoning hollyhocks she found growing near the lake, and on Saturday, she discovered a surprise subject: Paddleboarders.

“This was so fun because the lake was just loaded with paddleboarders. I loved the lines of the coast, the paddles and Perry’s Monument in the background,” she said.

The artists complemented the popular boat show with their colorful depictions of lake life.

“The artists paint all over the area, and then, on Sunday, they come down to the pavilion and have an art show and sale. This year, we had about 50 artists,” Mame said. “It really combines the two events nicely.” 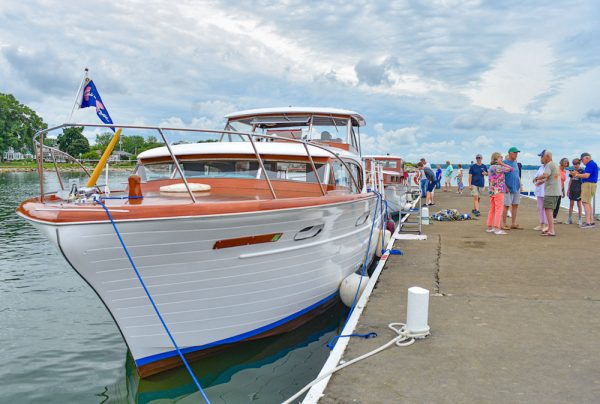 Many sleek wooden craft filled the break wall at Lakeside for the Lakeside Wooden Boat Show on June 23-24.