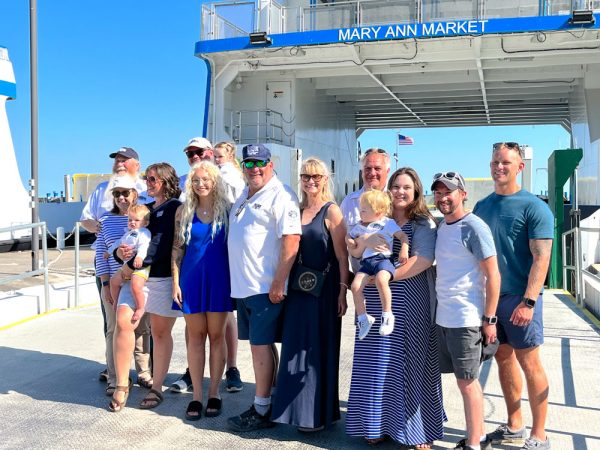 When the Market family assembled on the spacious back deck of the new M/V Mary Ann Market on Sunday afternoon, it was with a sense of family and pride. It’s been that way since Bill and Mary Ann Market, the scions of the family, bought the Miller Boat Livery from Mary Miller in 1978.

Bill and Mary Miller had begun their operation harvesting winter ice from Lake Erie, fishing on the big lake and whatever else they could do to find prosperity more than 110 years ago. The Markets respected their efforts, a reason they kept the Miller name, finally changing it a smidgen to the Miller Boat Lines.

As tourists began to returning to the beautiful islands in the late 70s and 80s, the Markets began manufacturing ferry boats — the Islander in 1983, South Bass in 1989, William Market in 1993, and Put-in-Bay in 1997 — before deciding a few years ago to have the Mary Ann Market built for $7 million, honoring the matriarch of the family and making the ferry service even more efficient.

Mary Ann Market was born in 1935 and grew up on Isle St. George, an earlier name for North Bass Island, which once home to commercial fishing and in more recent years was covered in vineyards.

“My grandmother was a very classy lady, but she worked hard and could be tough as nails,” said Jake Market. “My grandfather was very reluctant to buy the ferry, after having just paid off their house on the island, but grandma insisted they go for it. Everyone worked together and because of grandma’s guidance, they made it work.”

For the kids, there was always the idea of leaving a legacy, said Jake Market, the project manager for constructing the Mary Ann Market with Capt. Capt. David Bianchi, a 40-year Miller Ferry Line employee who Market considers a good friend and confidant. 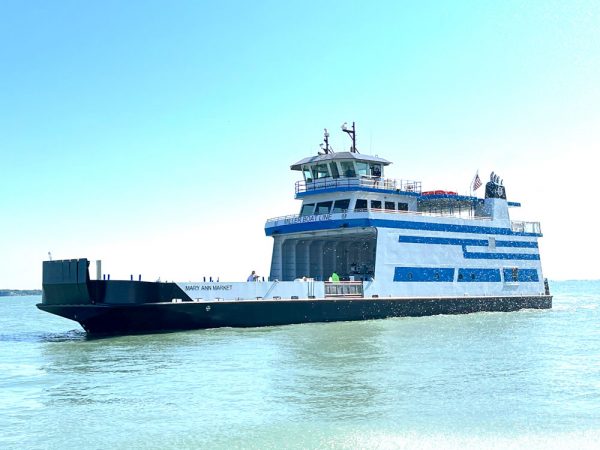 “David had already helped to build three of the Miller boats, and he spent the better part of three years living in Wisconsin getting the Mary Ann Market done,” said Market. “When we pulled in to the Lime Kiln Dock on Sunday afternoon I had tears in my eyes to see my wife and kids and everyone. It was a very emotional moment. I missed my grandmother, and I thought of her.”

When you went to work for the Markets, you became a part of the family. Many of their employees spent decades working for the Miller Ferry Line.

Bill and Mary’s children Julene , Billy and Scott are still at the helm, along with their children, including Jake Market, who teamed with Bianchi to pilot the Mary Ann Market from Fincantieri Bay Shipbuilding in Sturgeon Bay, Wisc., to Put-in-By, South Bass Island.

The Mary Ann Market was constructed at Fraser Shipyard in Superior, Wisc., designed by naval architect Eliot Bay Design Group Seattle, Wash. It is the longest of the drive-on, drive-off ferries in the fleet of five boats at 140 feet long, 38.5 feet wide, and drafting 7 feet. It can ferry 600 passengers per trip and approximately 28 vehicles.

It has an enclosed cabin for passenger comfort, panoramic views from the spacious upper deck, broad stairwells, a quite ride, and easy-to-clean surfaces and wide vistas.

It is powered by a trio of Caterpillar C18 engines. They took the Mary Ann Market on this week’s 44-hour journey from the west end of Lake Superior to the Lime Kiln Dock on the south end of South Bass Island on Lake Erie.

“Everything went as planned, and it was a very smooth ride,” said Market. “Grandma was watching over us.”