Marblehead Lions Club Perch Festival was the Catch of the Day 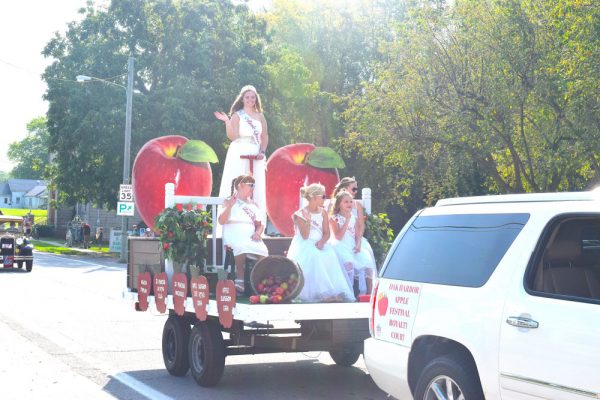 The Oak Harbor Apple Festival Royalty, who will celebrate the annual Apple Festival on Oct. 9-10, made an appearance at Saturday’s Marblehead Lions Perch Festival. 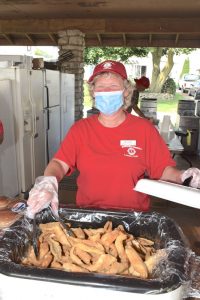 Heidi Gast went through schools of yellow perch to satisfy the long lines of people hungry for perch sandwiches and dinners at the Marblehead Lions Perch Festival.

Large crowds braved hot, humid weather to visit the Marblehead Peninsula Lions Club’s 29th annual Perch Festival on Saturday, Aug. 28. People started lining up early, waiting for the parade to pass by. Candy was thrown to the waiting children, as floats, old cars, an old firetruck, and the Danbury High School band all passed in review.

Afterwards, everyone headed over to James Park, where booths featured a large variety of vendors. People strolled among the many tents, enjoyed a perch sandwich or meal, and had a great time.

“We have 500 pounds of yellow perch ready to go,” said Tod Kelly, president of the Marblehead Lions Club.

An expected 2,000 visitors enjoyed the perch, vendor booths, sausage sandwiches and french fries. In addition, there was a magician for the kids, live music, old cars on display, and a raffle.

This is the main fund raiser for the Lions, whose motto is ‘We serve.’ In the past, they have supplied playground equipment and benches for parks in the township.

“The money will go towards the Vision Assistance Program for Danbury school,” said Kelly. “It will pay for reading glasses and eyeglasses for people with vision impairments.”

All proceeds from the popular festival go toward benefiting individuals and organizations in need on the peninsula.