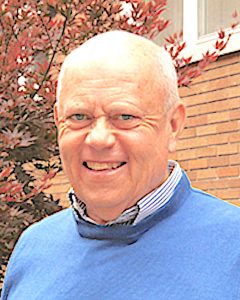 Rev. Williamson is currently the pastor at First United Church of Christ-Congregational in the Village of Marblehead.

“First of all it’s humbling,” said Dr. Williamson. “This organization, since January 1983, has meant more to me than I know how to put into words. I have friends, mentors and coaching colleagues, who are so special and have been so influential in my life. This is one of the most important honors of my life.”

A United Soccer Coaches member since 1983, Williamson is a long-time instructor on the association’s National Academy Staff, serving since 1994. He has been a Senior Academy Staff coach since 2006.

He became certified to teach the United Soccer Coaches 4v4 Diploma course in 1986 and has taught that course more than 50 times. Among the states in which he has taught the course include Arizona (on a Native American reservation), Montana (to representatives from six different Native American reservations) and New Mexico (twice in conjunction with the Indigenous Soccer Cup).

Williamson has been active in Coaching Academy affairs including curriculum design with an emphasis in material related to coaching ethics. He revised the current United Soccer Coaches Code of Ethics.