Marilyn Ruth Felder Greunke, 80, formerly of Bowling Green, passed away peacefully on Wednesday, Feb. 6, after a decade-long battle with Alzheimer’s Disease.  Marilyn was born on March 12, 1938 in Oak Harbor to the late Marion Lieske (Youst) and Lowell Felder, a soldier who perished in WWII; Raymond Lieske  was her stepfather.

Marilyn worked for the Department of Defense during High School and graduated from Oak Harbor in 1956. She studied education and history at Capitol University and was a member of Kappa Sigma Theta. Marilyn went on to work for U.S. Representative Delbert Latta in Washington D.C.

Later, she operated Jack-n-Jill Nursery School and managed her real estate properties. She was also the president of the Saddlebrook Condo Association. She was a member of St. Marks’s Lutheran Church in Bowling Green. Marilyn enjoyed her women’s bowling league, traveling, reupholstering furniture, ducks, birds, dogs, gardening and shopping. She will be dearly missed.

Memorial contributions in Marilyn’s honor may be gifted to the American Cancer Society or the Alzheimer’s Association.

Marilyn’s family would like to extend a heart-felt expression of gratitude to the kind and caring staff of Kingston Residence of Perrysburg and Hospice of Northwest Ohio for their compassion and expert level of care. Hanneman Family Funeral Homes is honored to served Marilyn’s family and encourage those to share a fond memory or condolence by visiting www.hannemanfh.com. 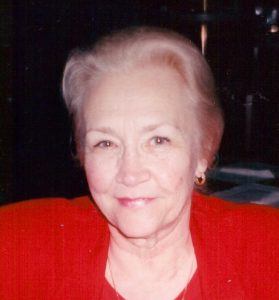