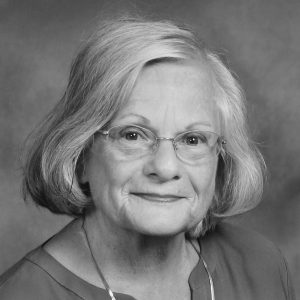 Marlene was a 1956 graduate of Lakeside High School and in 1964 she received her teachers’ certificate from Bowling Green State University. She taught in the Norwalk school system for eight years before moving to Toledo. She worked for the next 27 years as executive secretary for several Toledo area nursing homes. After retirement, she did consulting work in technical writing. She also served as Missions Board chair for four years at First Baptist Church of Greater Toledo and served on the Med Choice Review Committee for three years. Marlene spent her life in service to others.

Marlene loved languages and studied French, German and Spanish. She was an avid traveler having visited four of the world’s seven continents. She was also passionate about cooking and held a certificate from the New Orleans School of Cooking.

Motivated by kindness, care and curiosity for life, Marlene made instant friends wherever she went and brought love and a smile to every thing she did. Marlene had a huge spirit, an indomitable will and was fun, spunky, feisty, bubbly and a joy to be with. She was a gift to the world and will be missed so dearly.

In addition to her parents, Marlene is preceded in death by her husband, Richard; her sister Marian Hirt and brother John Bergman.

She is survived by her son, Bradley David Phalin.

Visitation is Tuesday, Dec. 14, at noon at St. Paul’s Lutheran Church in Danbury followed by the service at 1 p.m. Interment will follow in St. Paul Lutheran Church Cemetery. Memorials may be made to the First Baptist Church of Greater Toledo, or to the agency of the donor’s choice. Online condolences may be shared at www.neideckercrosserpriesman.com. Neidecker, Crosser & Priesman Funeral Home & Cremation Service, Peninsula Chapel is handling the arrangements.