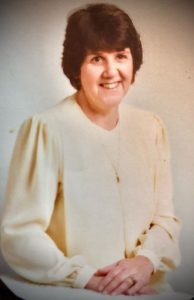 Marsha A. Whaley Karue, 78, of Norwalk, died Dec. 22, at Twilight Gardens Nursing and Rehabilitation, Norwalk. She was born May 16, 1942, in Fayette, the daughter of Lyle and Helen (Fouty) Whaley. She graduated from Gorham-Fayette High School.

Marsha had various jobs throughout her life, but, like her parents before her, she had a gift with children. She made everything fun! She truly loved to host a gathering, and often hosted family reunions. She would prepare enough food to feed the National Guard. She also enjoyed gardening, camping, and anything outdoors. She simply was continuously on the move, playing plumber, carpenter, or whatever was required any given day. She discovered later in life her passion for quilting, and she made beautiful ones.

Marsha is survived by four children, Teresa (and Ron) Brooker of Norwalk, Troy (and Michelle) Taylor of St. Louis, Mo., Marisha (and Dale) Everett, of Oak Harbor, and Reba (and John) Patterson of New Castle, Penn.; eight grandchildren; 2 great-grandchildren; two brothers, Richard (and Judy) Whaley of Fayette, and Ronald (and Kelly) Whaley of Miamisburg; and one sister, Reba (and Robert) Harmon of Casa Grande, Ariz.

She was preceded in death by her parents, four half-sisters, Myrna Givin, Margaret Curtis, Wanda Whitted, and Percene Fenner and one brother, Kenneth Whaley.

Cremation has taken place and a celebration of life will be planned in summer, 2021.