Port Clinton High School has announced Mattison Koskela and Hannah Moore as the students most deserving of being in the Senior Spotlight for February. 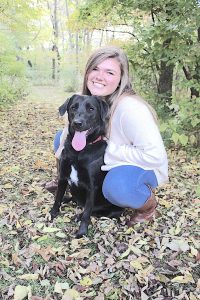 Koskela is the secretary for the Port Clinton High School Class of 2020. She has been on the Redskin Girls Soccer Team for the past four years, serving as a captain for three years. As a three-year member of the swim team, she was part of the SBC Championship teams, and the SBC-All Academic Team.

Koskela has been named a Kiwanis Scholar Athlete all four years of high school. She was selected by her peers to be one of the senior representatives on the 2019 PCHS Homecoming Court. Her other activities include Leadership Council, International Club, Freshmen Mentor, Drama Club, President of National Honor Society, and Vice President of Key Club.

Koskela volunteers in the North Point ESC classroom at PCHS. Outside of school she is involved in Lutheran Youth Organization and as a 4-H Ace of Club member, Camp Counselor, Car TEENS, Junior Leadership, and Rising Above the Noise mentorship program.

Next year, Koskela plans to continue her education at The Ohio State University at Marion. 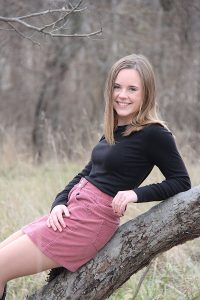 Hannah Moore has been very active in student life at Port Clinton High School by being a member of National Honor Society, girls soccer, and a Freshmen Mentor. She is President of Leadership Council and Future Professionals in Medicine and Treasurer for the Class of 2020.

After receiving the Hugh O’Brian Youth Leadership Award, Moore continued to be active in the HOBY organization as an alumna, staff member, and Regional Group Leader. Through HOBY she received the President’s Gold Award for National and Community Service.

She is involved in 4-H as a Camp Counselor, Car Teens and Junior Leadership. This year, Hannah also volunteered her time at Pathways. Prior to her junior year of high school, Hannah traveled to Peru as part of the Global Leadership Adventure and was named Ambassador of the Year runner-up.

Next year, she will continue her education at Ohio University in the Honors Tutorial College and plans on a career in medicine. Moore is the daughter of Ben and Jennifer Moore.