McDougall sworn in for sixth term on Veterans Commission 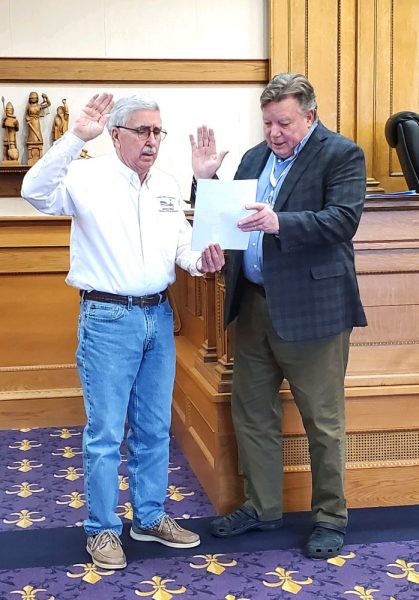 Judge Bruce Winters swore in David McDougall recently to his sixth term as a member-at-large Commissioner on the Ottawa County Veterans Service Commission. He began representing the AMVETS in January 1998 and with the closure of the AMVETS Post in Ottawa County, McDougall is now a representative as a member-at-large. Throughout his 25-year tenure, he has been instrumental in approving over $2 million in emergency financial assistance to more than 3,000 veterans of Ottawa County, as well as their family members.

As a strong advocate of the veterans, McDougall has been actively involved in the celebration of county veterans’ accomplishments and the commemoration of their sacrifices. McDougall is a Vietnam veteran who served honorably in the U. S. Air Force.