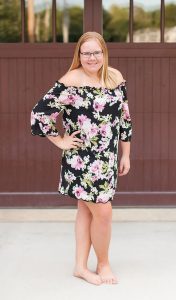 She is also a Freshmen Mentor, HOBY Award winner, and is a finalist this year for the Firelands Positive People Award. McKenzie has been a four-year member of the golf team, serving as senior captain, and a three-year member of the track team. Next year she will attend Bowling State University Firelands Campus to begin her major in special education, with a minor in tourism. McKenzie is the daughter of Geoff and Cheryl Halsey. 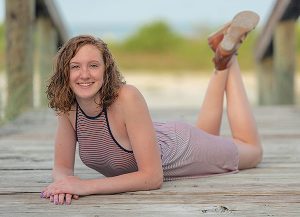 Bryanna Barr has been dedicated to the Port Clinton swim program beginning with PC Piranhas youth swim program. The four-year member of the swim team was its captain both her junior and senior year, and was a two-time state qualifier, four-time district qualifier, and SBC Champion. Bryanna also ran cross country for the Redskins, serving as senior captain and a two-time regional qualifier.

In addition to athletics, Bryanna is the Historian for the PCHS Leadership Council and a member of National Honor Society. She is the daughter of Bryan and Helena Barr. Next year she will continue her academics and swim career at St. Francis University, majoring in pre-med and minoring in both Spanish and American Sign Language.