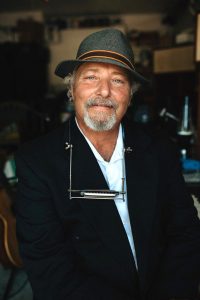 Mikey Blue, a familiar face on the RiverFront Live! Stage in downtown Park Clinton, will return on Friday, July 22 from 5-6:30 p.m. The Port Clinton musician plays blues harmonica and acoustic guitar. In the past, Mikey Blue has opened for the Jim Morrison Tribute band at the Sandusky State Theater and performed at a variety of Put-in-Bay venues.

He occasionally will sit in with his harmonica with recording artist Shane Piaseki at the Orchard Restaurant in Catawba and played with area standout band Corduroy Road. In addition to his preforming ability, he is a songwriter and composer of modern folk and blues music and has produced two piano CD’s “Something for You” and “Just Listen.”

Mikey will be preforming his original songs at RiverFront Live.