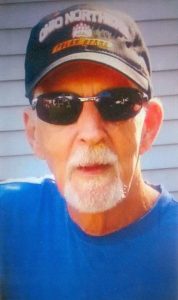 Millard was a security guard for Shaw Environmental, of Findlay for over 20 years until his retirement in 2012. He had also worked for Union Carbide in Fostoria for 10 years. Millard was an avid Cleveland Browns and Ohio State University Buckeyes fan, trying to never miss a game! He loved spending time with his children, grandchildren and extended family, woodworking in his garage on many different projects and in his later years he used his expertise in building computers. He was also an avid animal lover.

The family will be holding a memorial dinner to celebrate Millard’s life on Oct. 28, from 5-8 p.m. at VFW Post 3579, located at 121 E. Findley St., Carey, Ohio 43316. The Gerner-Wolf-Walker Funeral Home & Crematory of Port Clinton is assisting the family with arrangements. Memorial contributions may be made to the Wyandot County Humane Society, 9640 Hwy 330, Upper Sandusky, Ohio 43351 or Stein Hospice, 1200 Sycamore Line, Sandusky, Ohio 44870. Online condolences may be shared at www.walkerfuneralhomes.com.