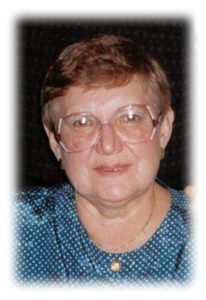 Miriam Baetens, age 91, of Sandusky and formerly of Birmingham, Mich., passed away peacefully on Thursday, Jan. 19, at Parkvue Rehab.

She was born on March 15, 1931, in New Washington, to the late Walter and Gertrude (Ball) Karl. Miriam graduated from New Washington in 1949 and from there went onto Providence School of Nursing, graduating in 1952. She then worked at Willard Hospital until 1961. Miriam then moved to Detroit for Anesthesia training, and from there worked in the Detroit area until she retired. On Sept. 15, 1979, she married Omer Baetens.

In addition to her parents, she was preceded in death by her husband, Omer, in 2018; sister, Dolores “Short” Niese; brother, Gerald “Buzz” (Margaret) Karl; and niece, Jody Baker.