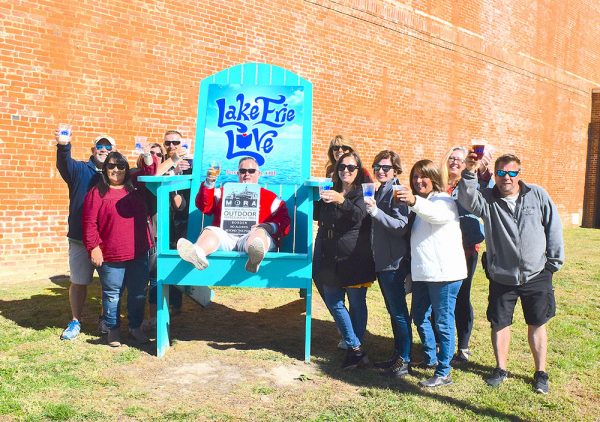 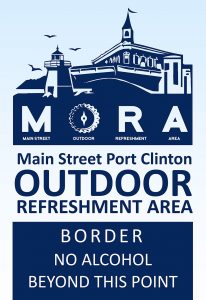 The MORA District includes the downtown area from Monroe Street to Adams Street, north to the Portage River, and west on State Route 163. The MORA open-carry cups will be allowed from noon to midnight, but must stay within the MORA boundary.

“The MORA District will certainly give a big boost to downtown Port Clinton,” said Mayor Mike Snider, “While the restaurants and bars will prosper, so will the retail shops all around town.”

“That’s a big deal,” said Snider. “If a couple wants to casually shop on Madison Street on a Friday night, they can bring along their drink as they stroll into those stores.”

The MORA ordinance will also benefit the many downtown celebrations, said Nikki Adams of the Port Clinton Chamber of Commerce and Main Street Port Clinton.

“MORA will be a big hit for the Walleye Drop on New Year’s Eve, the Walleye Festival in Waterworks Park and our many art shows, car shows and music concerts,” said Adams. “When we checked out the DORA Area in Toledo, we could see how successful it was for their events, shows and concerts. We patterned our MORA District in Port Clinton after the Toledo success, and believe it will really enhance the Port Clinton experience.” 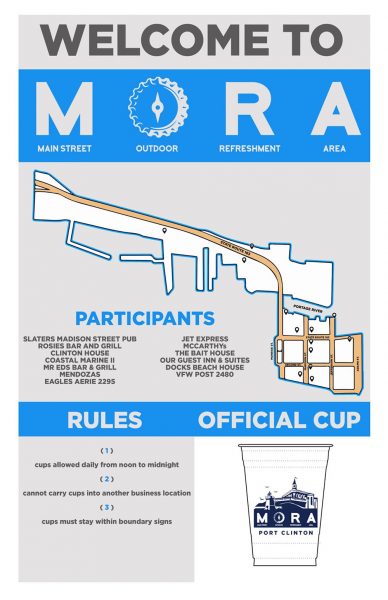