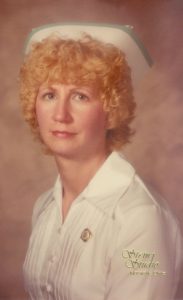 She was a 1964 graduate of James Ford Rhodes High School in Cleveland. She then got married and had 2 children and became a stay-at-home Mom. In 1983 she enrolled in the Sandusky School of Practical Nursing and obtained her LPN certification. She worked at Magruder Hospital in Port Clinton in the ER and Post-Surgical Unit, and also at Dr. Crouch’s office until her retirement.

Nancy was the 1st female EMS Lieutenant and Volunteer Firefighter on the Catawba Island Fire Department, where she remained a member for many years, in turn becoming an honorary member. She was an avid Cleveland Indians Fan, and especially enjoyed taking care of her feline companions, namely, Rooney, Napoleon, Chauncey, and Stan Lee.

Per Nancy’s wishes, cremation has taken place and a Celebration of Life Memorial Service will be held at a later date. Those wishing to leave a memorial contribution may do so by sending it to the Humane Society of Ottawa County, 2424 Sand Road, Port Clinton, Ohio 43452. Online condolences may be expressed at www.walkerfuneralhomes.com. The Gerner-Wolf-Walker Funeral Home and Crematory, 216 Washington Street, Port Clinton assisted the family with arrangements.