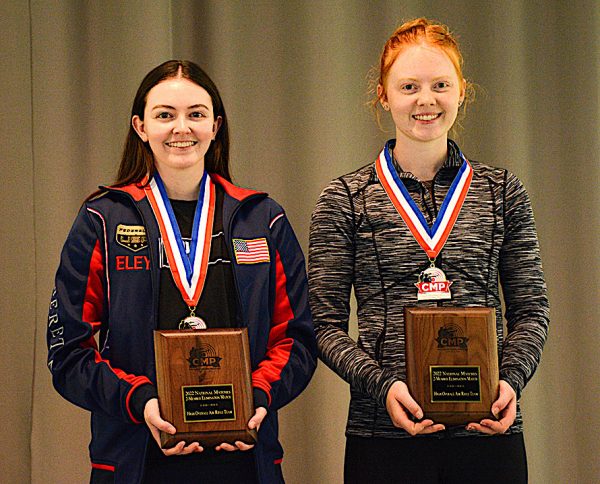 Kristen Hemphill (left) and Katie Zaun were the overall winners in the 2-Man air rifle event at the recent National Air Rifle Matches at Camp Perry.

The Civilian Marksmanship Program (CMP) presented a brand new series of indoor events for juniors and adults, the National Air Gun Matches on July 16-18 with great attendance and success. Fired on the world-class range of the Gary Anderson CMP Competition Center, the fresh lineup will now be a fixture during the annual Camp Perry National Matches, held each summer in Ohio.

“With almost 200 competitors, we were very happy with the turnout we had for the first year of the National Air Gun Matches, and we’re looking forward to building this match in the future,” said Katie Harrington, CMP program coordinator and match director for the National Air Gun events. “We are so appreciative of the support we had, and it was so great to see the camaraderie and sportsmanship between competitors.

The Team Elimination Match brought a unique type of competition to the National Matches schedule, combining the talents of paired athletes in air rifle and air pistol for three separate rounds.

Each winning 2-person team member received $100 from the CMP. 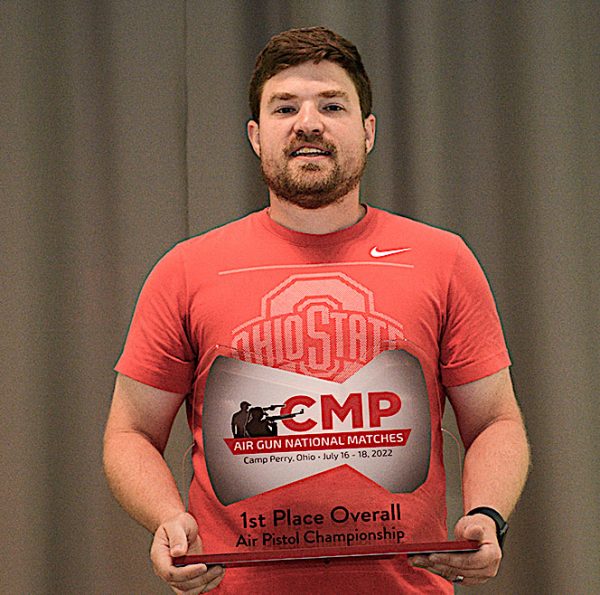 During the National Air Gun Championship 60 Shot event, competitors fired two days of 60 record shots, followed by a final for the top eight Open and Junior athletes at the conclusion of the two days.

Earning the Junior Championship title in air rifle was Elizabeth Probst, 16, of Brady, Tex., with a score of 249.4. Katie Zaun, 19, of Buffalo, N.D. took the Open competition with a score of 248.4 over 2-person teammate Kristen Hemphill. Both Probst and Zaun earned $200 for their wins.

Suman Sanghera, 16, of Great Falls, Va., earned the same prize and the Junior Champion title in the air pistol match, with a score of 233.5. She also claimed second in the Open competition behind Anthony Lutz, 34, of Orient, Ohio, who fired a score of 238.2 for the overall win.

For a complete list of results visit the CMP’s Competition Tracker page at https://ct.thecmp.org/2022NatAirGunResults. Photos of the event may be found online at https://cmp1.zenfolio.com/f789405796 – with free download.