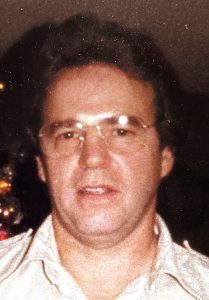 Neil N. Lattimore, 84, of Marblehead, passed away unexpectedly on Friday, May 8 at his residence. He was born on September 30, 1935 in Galena, and adopted by Ernest and Dorothy (Sprague) Lattimore.

Neil was a veteran of the United States Air Force where he spent 2 years in Japan in the Medical Corp. While there, he played on the All US Air Force football team, winning the Championship in his 2nd year. He was then transferred to Dover Air Force Base in Dover, Delaware where he was a Hospital Medic. After his honorable discharge from the Air Force, he married the love of his life, Patricia Laux on April 7, 1961.

He worked at the former Standard Products in Port Clinton as a Lab Technician, and at US Gypsum, while also working for Gordon Lumber. He ended his career by retiring from Uniroyal in 1992 as a Lab Supervisor.

His hobbies included woodworking, as well as being in the outdoors tending to his garden and mowing grass. He was an avid Ohio State Buckeyes Fan. He and Patricia loved to travel, and especially enjoyed their trip to Scotland in 1998, where they visited with family living there. They also enjoyed wintering in Florida and California.

Per Neil’s wishes, cremation has taken place. There will be no visitation or services.

Memorial contributions may be made to the Humane Society of Ottawa County, 2424 Sand Road, Port Clinton, Ohio 43452 or to a charity of the Donor’s choice.

Online condolences may be expressed at www.walkerfuneralhomes.com.