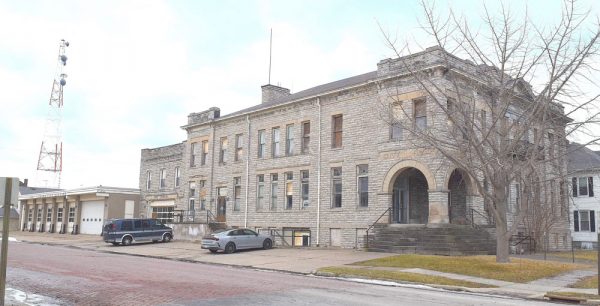 Limestone block construction of Port Clinton City Hall was begun in 1900 on the corner of Adams and Second streets, and completed in 1912. (Photo by D’Arcy Patrick Egan)

Mark Stimple of Maceluke Limited, a Columbus real estate developer whose family has fallen in love with Port Clinton and the Lake Erie Island area, has taken a major league plunge into the local real estate market.

Stimple has invested in a pair of centuries-old buildings in downtown Port Clinton. The buildings will need a great deal of tender loving care after decades of neglect, but Stimple isn’t alone in the belief that the time is right to believe in Port Clinton.

“I felt the old Port Clinton City Hall was a good long-term investment,” said Stimple, from his condo on Catawba Island. “It has pretty good bones, and I know it will take a lot of work to make it happen. But this town is really trending up, with lots of new investors, shops and entertainment.”

Stimple went all in by also purchasing the Odd Fellows Building on Madison Street, which is party central these days with the Music on Madison (MOM) Stage bringing in bands all summer long to entertain the locals and visitors.

Stimple isn’t shy about change. After getting a pharmaceutical degree from the University of Toledo in 2000, he transitioned into real estate in the Columbus area. 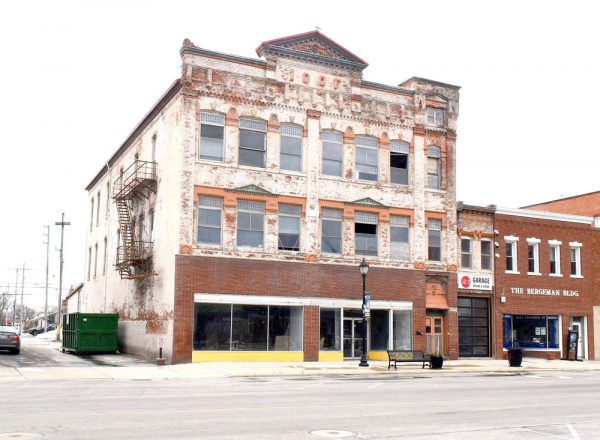 “The housing boom was just starting, and it was a very successful move,” he said. “My wife and boys and I spend lots of time in summer at our Catawba condo, and we could see how popular this area was getting to be.”

The old city hall, despite “good bones” and 23,000-square feet of floor space that once housed a courtroom, offices, jails cells, museum and even a police shooting range in the attic, began construction in 1900 and was completed more than a century ago in 1912. City officials moved out in 1996, opting for more modern surroundings on Buckeye Boulevard, and the old building languished.

“Let’s just say I needed new projects,” Stimple said. “When I looked at this place, and the bargain price of $300,000 for the old city hall, I felt the transformation of the old building could really benefit Port Clinton. It’s a long-term renovation that fits right in.”

There is a reason, said Mayor Mike Snider of Port Clinton, that the century-old buildings on Madison Street have become popular renovation projects. The Hersberger Building is leading the way this year, and others will be complete in the next year or two.

“From the MORA open carry legislation for downtown, to the MOM Area on Madison Street and The Arts Garage on West Perry Street, we’re making Port Clinton a fun place to visit, to shop, listen to music and to have drinks or dinner,” said Snider.