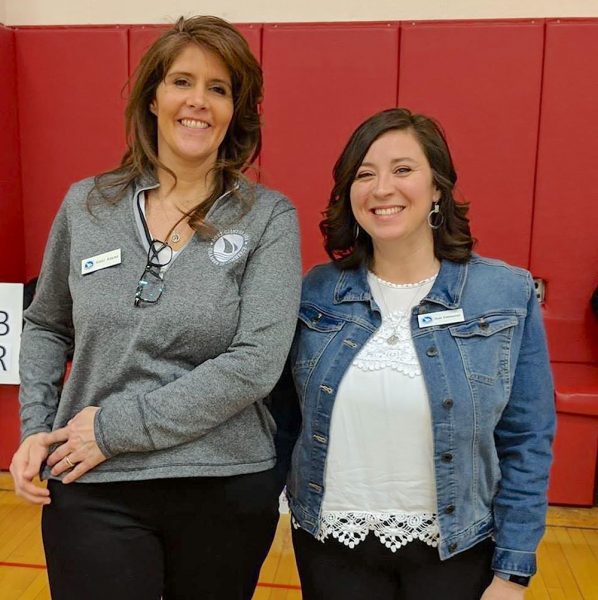 Nicole Kochensparger has been named the interim president of the Port Clinton Chamber of Commerce and Main Street Port Clinton. She will replace Nikki Adams, who has accepted another position in the community.

“I truly appreciated the support of the Port Clinton community, and enjoyed all of my time with the chamber,” said Adams, who has served the Chamber of Commerce and Main Street Port Clinton for the past seven years, four as president of the chamber. “Nicole has been so supportive over the years, and will do an amazing job for the community.”

Kochensparger, 36, is a Port Clinton High School graduate who has lived all of her life in Port Clinton. She has three daughters, and was celebrating her fourth year as Operations Manager for the Chamber of Commerce.

“I thoroughly enjoy what I do now for the chamber, and can’t imagine living anywhere but Port Clinton,” said Kochensparger. “There is nothing like sitting on the Port Clinton beach on a warm day. I love the people here, and doing what I do for the community.”

The Port Clinton Chamber of Commerce has more than 400 members, and markets the business sector of the community. Main Street Port Clinton is its fundraising entity, hosting events such as the annual Walleye Festival and the Rock the Light concert weekend.

“We’ve implemented the MORA open container legislation for downtown Port Clinton, and are working on a special improvement district that includes Madison, Jefferson and Second streets in downtown Port Clinton,” said Kochensparger. “We have many events we support, from the Burning Snowman and Walleye Drop to an Easter Egg Hunt, an annual golf outing, sunset cruises and downtown car shows.

“I’m very excited to step in for Nikki, who has the city going in all of the right directions,” she said. “It is a bittersweet day. I’m excited to take over the reins of the chamber, but very sad to see Nikki Adams leave us.”