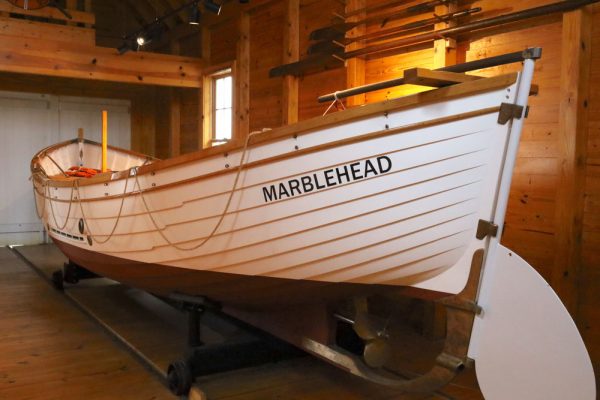 The Marblehead Lighthouse, which is celebrating its 200th anniversary this year, and its life boats made for safer commercial boat travel on Lake Erie.

While the elite of the early-mid 19th century did engage in some forms of urban and European tourism, it was the birth of the middle class, and access to transportation that spurred the creation of our modern tourist industry. This slow development can be seen through the history of the words.

The word ‘tourist’ is first cited in 1772, and was in particular, used for travel writers. Jump ahead 100-plus years and we end up with the first usage of the word ‘tourist trap’ in 1939!

American tourism developed slowly throughout the 19th century, interrupted by the Civil War. By the late 1860s however, resorts were thriving in areas of the east coast and mid-United States. Access to railways opened up a new world of travel, and the budding tourist industry in the Shores and Islands region, with its natural beauty from Lake Erie, began to take shape.

Cedar Point was one of the first pioneers for tourism in the region. Opening in 1870, it featured a beer garden, bath house, and various water activities. The first steam boat to the peninsula, the Young Reindeer, also began operating in the 1870 summer season.

The resort evolved slowly through the 1870s and 80s, until George Boeckling became a major stakeholder in the operation in the 1890s. Along with the Kuebler family, who owned a local brewery, Boeckling began creating the beginnings of the Cedar Point we know today.

Under Boeckling’s leadership, the Grand Pavilion, and later the Coliseum were erected to offer more entertainment and dancing space. Upon its completion in 1906 the Coliseum was billed as “the largest dance floor on the Great Lakes.” 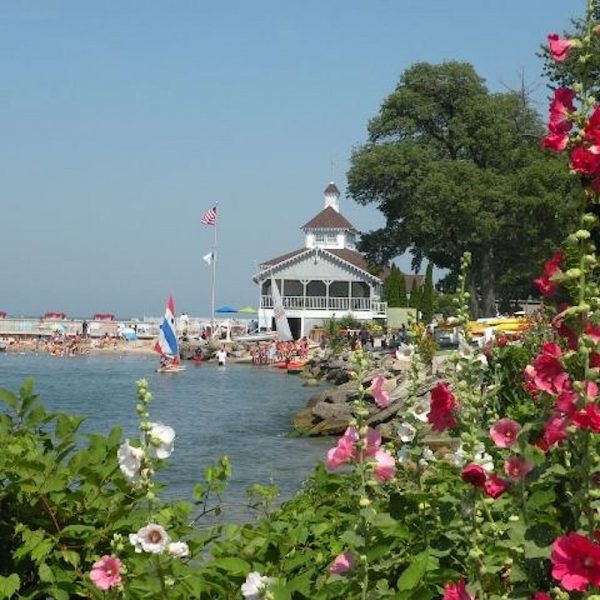 Another early destination in the Shores and Islands region was Lakeside Chautauqua. The Chautauqua movement began in the late 19th century and offered educational lectures, entertainment, and spiritual presentations to the local communities in which they resided.

Along with expanding entertainment, there was a need for lodging. The Bays Shore was built in 1899, followed by the White House in 1901. The hotel building culminated in 1905 with the building of Hotel Breakers, still a crowning jewel of the resort.

With the success of Cedar Point, others began to follow suit, in part due to cruise ships arriving with the protection of the Marblehead Lighthouse, which is celebrating its 200th anniversary this year. In 1894, the Johnson’s Island Pleasure Resort Company opened a 30-acre resort area on Johnson’s Island off the south side of Marblehead Peninsula.

The resort included a pavilion, skating rink, and cottages. The resort was initially somewhat successful, but in 1897 the pavilion burnt to the ground. The company erected a second pavilion in 1904, but was unable to recover from the first fire. The following two seasons were unsuccessful and some of the buildings were purchased by the Cedar Point Pleasure Resort Company and were moved to their property.

Put-in-Bay also began to take shape in the late 19th century, with five luxury hotels being built through the 1880s. The most famous, Hotel Victory, was opened in 1892 and included 625 rooms, 80 of which had in-room bathtubs (quite a luxury for the era). The hotel also touted a large Natatorium, the remnants of which can still be seen today at South Bass Island State Park.

Also boasting a large dining room, housed in a separate building, and rooms for use as servants’ quarters, the hotel in many ways embodied the ideals of the pleasure resort. Unfortunately, this large wooden structure caught fire in 1919 and burned to the ground. Island oral history claims the fire burned for days, and some say it was visible as far away as Detroit.

Another early destination in the Shores and Islands region was Lakeside Chautauqua. The Chautauqua movement began in the late 19th century and offered educational lectures, entertainment, and spiritual presentations to the local communities in which they resided.

These lectures and speakers would address topics of the day. You can think of them as bringing 19th century TED talks to rural regions of the country. This catered to a different clientele than the pleasure resorts, although we can assume that some visitors did come to experience both of these sides of the region. Lakeside Chautauqua began in 1873 embodying the ideals of this educational and spiritual movement.

The need for lodging also became apparent, with the first wing of Hotel Lakeside being completed in 1875. The hotel still stands today, and Lakeside continues to embody the ideals of the Chautauqua movement.